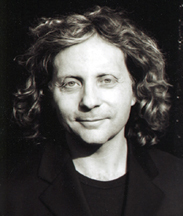 Thane Rosenbaum, a distinguished novelist, essayist and law professor, will deliver a lecture titledAfter Auschwitz and the Twin Towers: Trauma and Memoryat 7:45 p.m. April 7 (Monday) in McKenna Hall at the University of Notre Dame.

Part of the Liss Lecture Series, the event is presented by the Department of Theology in cooperation with the Notre Dame Holocaust Project and is free and open to the public.

Rosenbaums lecture will address the questions: How does one properly memorialize a tragic event?What are the moral duties that are owed the dead?What obligations to remember must be undertaken by the living?

Considered one of the leading Jewish intellectuals of his generation, Rosenbaum is the only child of two Holocaust survivors who died when he was young.In his lectures and stories, Rosenbaum addresses the fragmentation of the Jewish family, his generations weak identification with their faith, and the widening chasm of experience between Holocaust survivors and their descendants.

Rosenbaum is the award-winning author of several critically claimed novels, and his reviews and essays appear frequently in the New York Times, Los Angeles Times, Wall Street Journal, Washington Post, New York Sun and other national publications.His novels includeThe Golems of Gotham,Second Hand Smoke,which was a finalist for the National Jewish Book Award in 1999, and the novel-in-stories,Elijah Visible,which received the Edward Lewis Wallant Award in 1996 for the best book of Jewish-American fiction.

Now a professor at Fordham Law School, Rosenbaum is a former Wall Street lawyer who gave up a lucrative practice in order to devote himself to the creation of art and the teaching of ethics to American law students.At Fordham, Rosenbaum teaches human rights, legal humanities, law and literature, and also directs the Forum on Law, Culture and Society.