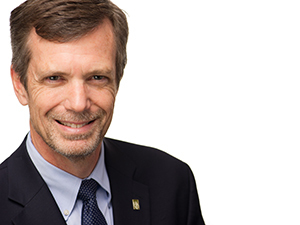 Robert Jay Malone, executive director of the History of Science Society and a fellow of the University of Notre Dame’s John J. Reilly Center, has been named a fellow of the American Association for the Advancement of Science (AAAS) in honor of his efforts toward advancing science applications that are deemed scientifically or socially distinguished.

AAAS, founded in 1848 as a nonprofit association, is the world’s largest scientific society and publisher of the prestigious journal Science as well as Science Translational Medicine and Science Signaling.

Malone’s areas of expertise are the history of science, autobiography in science, science in the Colonial and Early Federal Period of the United States and science in the Old South, and was cited for “exceptional service to the History of Science Society and related professional organizations, in support of education, outreach, and developing opportunities for postdoctoral fellows, graduate students, and others.”

The History of Science Society relocated from the University of Florida to Notre Dame in 2010. It is the world’s largest society dedicated to understanding science, technology, medicine, and their interactions with society in historical context. Over 3,000 individual and institutional members across the world support the Society’s mission to foster interest in the history of science and its social and cultural relations.

The tradition of AAAS fellows began in 1874 and this year the association is honoring 401 individuals as fellows. Currently, members can be considered for the rank of fellow if nominated by the steering group of the Association’s 24 sections, by three fellows, or by the Association’s chief executive officer. Each steering group then reviews the nominations of individuals within its respective section and forwards a final list to the AAAS Council.

The AAAS Council votes on the final aggregate list. The Council is the policymaking body of the Association, chaired by the president, and consisting of the members of the board of directors, the retiring section chairs, delegates from each electorate and each regional division, and two delegates from the National Association of Academies of Science.

Malone will be presented with an official certificate and gold and blue (representing science and engineering, respectively) rosette pins on Feb. 14, 2015, during the 2015 AAAS annual meeting in San Jose, Calif.