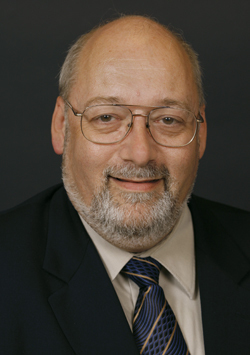 According to David Solomon, chair of the fund’s governing committee and William P. and Hazel B. White Director of the Center for Ethics and Culture, “the fund is establishing the annual Notre Dame Evangelium Vitae Medal to honor individuals whose outstanding efforts have served to proclaim the Gospel of Life by steadfastly affirming and defending the sanctity of human life from its earliest stages. Richard Doerflinger’s unwavering commitment and heroic witness to life on Capitol Hill and beyond make him the perfect first recipient.”

The Notre Dame Evangelium Vitae Medal, which is announced annually on Respect Life Sunday, the first Sunday of October, consists of a specially commissioned medal and $10,000 prize, to be presented at a spring banquet.

A leader in the pro-life movement for more than 30 years, Doerflinger has been involved in every life issue, including embryo research, abortion, physician-assisted suicide, and euthanasia, at the highest levels in federal and state governments. His efforts were integral to the conception, passage, and continued vitality of parental notification and consent, unborn victims of violence, and born-alive infant protection laws, partial birth abortion bans, conscience protections, the Weldon Amendment (which prevents patenting of human embryos), and abortion funding restrictions, such as the Hyde Amendment and the Mexico City Policy. He also was instrumental in the ultimately unsuccessful campaign to protect the unborn in the Patient Protection and Affordable Care Act.

The Notre Dame Fund to Protect Human Life is an expendable fund at the University of Notre Dame dedicated to educating Notre Dame students regarding the dignity of human life, specifically at its beginning stages, and to encouraging relevant understanding, support and involvement among the entire Notre Dame community on beginning of life issues. The fund is administered by a five-member committee whose members are Solomon; Elizabeth Kirk, associate director of the Center for Ethics and Culture; Rev. Wilson Miscamble, C.S.C., professor of history; O. Carter Snead, associate professor of law; and Daniel Philpott, associate professor of political science and peace studies.