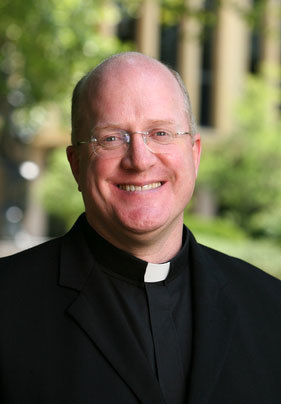 CCUSA’s Keep the Dream Alive Awards are given annually to honor Rev. Dr. Martin Luther King Jr. and “contemporary heroes who keep his dream alive through their work to reduce poverty in America.”

Father Lies is one of four recipients of this year’s Keep the Dream Alive Awards. He will join Carolyn Tisdale, former executive director of Catholic Charities of West Tennessee; Beverly Carrol, assistant director in the United States Conference of Catholic Bishops Secretariat for Cultural Diversity in the Church; and the Honorable Arthur Burnett Sr., retired judge of the District of Columbia Superior Court.

Father Lies, who also is a faculty fellow of the Kellogg Institute for International Studies and the Kroc Institute for International Peace Studies, earned his bachelor’s degree in English with minors in French and philosophy from Saint John’s University in Collegeville, Minn. He received his master of divinity degree from Notre Dame and his doctorate in political science from the University of Pittsburgh. He entered the Congregation of Holy Cross in 1987, finished his theological training in 1993 and was ordained a year later at the Basilica of the Sacred Heart.

Before his appointment to his present position last February, Father Lies served as executive director of Notre Dame’s Center for Social Concerns (CSC) for 10 years. The CSC offers community-based learning courses and supports community-based research and service opportunities inspired by the Gospel and the Catholic social tradition. During his tenure, the CSC doubled its financial resources, staff and faculty and, together with the Institute for Church Life, relocated to new headquarters in Geddes Hall.