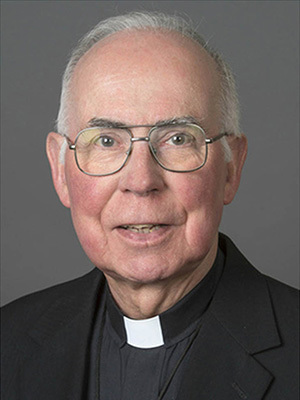 Rev. Thomas Blantz, C.S.C., professor of history emeritus at the University of Notre Dame, will deliver the 2017 Cushwa Center Lecture on Nov. 3 (Friday), at 2 p.m. in McKenna Hall Auditorium.

Father Zahm was an 1871 Notre Dame graduate who pursued his vocation as both priest and scholar with particular interest in reconciling religion and science. He published several studies of evolution in the 1890s and encouraged Catholic institutions like Notre Dame to embrace the sciences in their curricula. Father Zahm published “Following the Conquistadores” (1910), a three-volume study of South America and its culture based on his extensive travels throughout the continent, and “Woman in Science” (1913), which explores women’s contributions to science over the centuries. 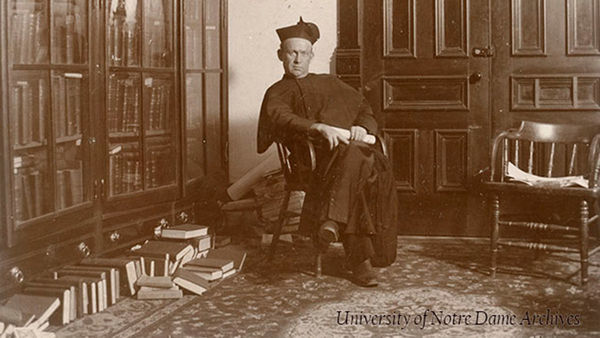 He was a professor of chemistry and physics at Notre Dame and held a variety of leadership roles across the University, eventually serving as vice president and a member of its Board of Trustees. His intellectual dynamism and commitment to excellence made a lasting impact on the fledging University in the late 19th century.

“John Zahm was a pioneering, larger-than-life figure in Notre Dame’s early development,” said Kathleen Sprows Cummings, director of the Cushwa Center for the Study of American Catholicism and associate professor of history and American studies. “We thought his story deserved a closer look this year as the University celebrates its founding. The Cushwa Center Lecture seemed the ideal opportunity, and we couldn't have found a better historian for the task than Father Blantz.”

Father Blantz’s research and teaching focus on U.S. history and diplomatic and political history. He received the James E. Armstrong Award in 1997 for distinguished service to the University, as well as a 2001 Kaneb Award and 2010 Joyce Award — both for teaching excellence. He is currently working on a book-length history of Notre Dame.

The lecture is free and open to the public and will be followed by a light reception.