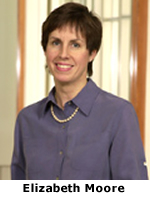 There is less breadth but more depth in the marketing of food products to children on the Internet compared to television, according to a new study by Elizabeth Moore from the University of Notre Dame.

TitledIts Childs Play: Advergaming and the Online Marketing of Food to Children,the study is the first comprehensive analysis of the nature and scope of online food advertising to children. Concerned about increased levels of childhood obesity, policymakers in Congress, the Federal Trade Commission, theInstituteofMedicineand other agencies have raised questions about Internet marketing to children, but also have pointed to a lack of scientific data on the issue. Conducted in collaboration with the Kaiser Family Foundation and released last week,Moores study is intended to fill the gap.

Moore, an associate professor of marketing who specializes in the effects of advertising on children, found that 85 percent of the top food brands that target children through television advertising also use branded Web sites to market to children online.

The difference between Internet and traditional TV advertising,Mooresaid,is that, while television reaches a larger audience, online marketing is much deeper. When a child goes to the Internet, this is by definition an interactive process, so the nature of the experience is much more engaging and may last for several minutes.

The study also found the widespread use of traditional marketing tools, including sweepstakes and promotions, memberships, on-demand access to television advertisements, and incentives for product purchases.

Using data from Competitive Media Reports,Mooreidentified the top food brands advertised to children on television and then searched for corporate or brand Web sites for the products. Any child-oriented brand that was in the top 80 percent of television advertising spending in its product category was included in the study. Ninety-six brands were identified through this process. Web sites for these brands were included inMoores study if they had content likely to be of interest to children ages 12 and under. The result was 77 unique Web sites and more than 4,000 unique Web pages were analyzed. The content of the sites was studied between June and November 2005.

Among other findings from the survey:

Moorehas been a member of the Notre Dame faculty since 1999. Her research on issues related to marketing and society also includes the study of consumer decision processes within households. She earned her doctorate from theUniversityofFlorida.

The Kaiser Family Foundation is a non-profit, private operating foundation dedicated to providing information and analysis on health care issues to policymarkers, the media, the health care community and the public.

_ Contacts: Elizabeth Moore, 574-631-6263 or emoore@nd.edu , or Vicky Rideout, vice president and director of the Program for the Study of Entertainment Media and Health at the Kaiser Family Foundation, 650-854-940, or vrideout@kff.org _

_ _The Kaiser Family Foundation contributed to this report.
_ _