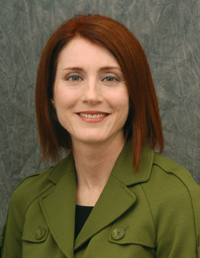 “Know when to hold ‘em and know when to fold ‘em” is an adage that doesn’t seem to apply to gamblers who are winning big, according to research conducted at the University of Notre Dame.

Using 179 subjects, Anita Kelly, professor of psychology, conducted two experiments in which she set up a tournament on the computer using real prize money. Players started with a stack of chips on the computer screen and placed bets with the chips predicting whether or not the next card they would be dealt would fall between the first two cards.

“The catch was that in both experiments, we rigged the first tournament. Half the players, chosen at random, won 80 percent of the hands they played, and half the players lost 80 percent,” Kelly says.

So the question at that point, according to Kelly, was, “How well would the players who had just won, as compared with those who had just lost, play in a new tournament that was not rigged?”

After the first tournament was over, all the players were given a second chance to win with a fresh stack of chips. They were told that their first tournament had no bearing on whether they would win the prize money. This time, researchers did not rig the tournament — the cards were dealt randomly.

“Like individual investors who expect stocks that have recently risen in price to continue to gain in value, people who had just won many bets would wager too much on hands that were likely to lose,” Kelly says.

Author of the books “The Psychology of Secrets” and “The Clever Student: A Guide to Getting the Most from your Professors”, Kelly’s areas of expertise include secrets and confidentiality. She also blogs regularly for "Psychology Today magazine.