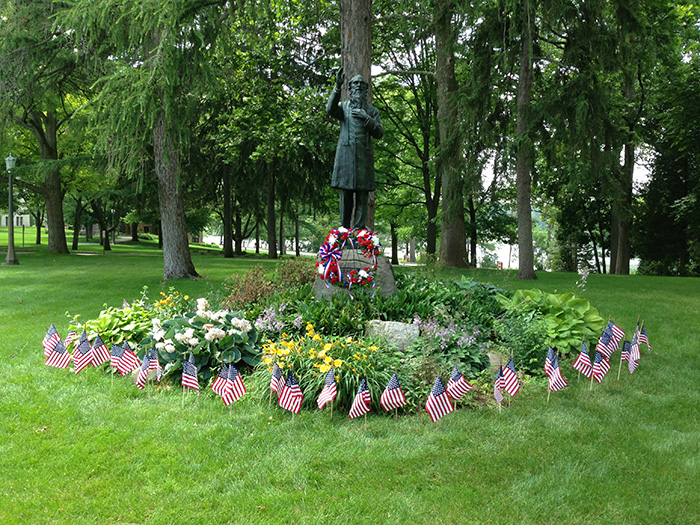 The statue of Rev. William Corby, C.S.C., located in front of Corby Hall on the Notre Dame campus, was adorned with flowers and flags during the observance of the 150th anniversary of the Battle of Gettysburg, the decisive battle of the Civil War. The battle, which was fought July 1-3, 1863, led to the greatest number of casualties of the entire war and was seen as its turning point.

The statue commemorates the moment on July 2, 1863 when Father Corby, then chaplain of the 88th New York Regiment, one of the five regiments in the legendary Irish Brigade, gave the general absolution moments before the Confederate assault on the Union troops defending Seminary Ridge. The statue is a replica of the original that was erected in 1910 on the battlefield at Gettysburgh, where Notre Dame’s current president, Rev. John I. Jenkins, C.S.C., presided over a special Mass on June 22 in observance of the anniversary.