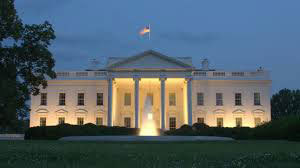 As a member of the board of directors of the Commission on Presidential Debates, Notre Dame President Rev. John I. Jenkins, C.S.C., fielded his fair share of questions about the 2016 U.S. presidential race – not just from curious students, friends or acquaintances, but from leading journalists around the world. Jenkins, along with other Notre Dame faculty, were highly sought-after experts leading up to and following the election of the nation’s 45th commander in chief. Via television, radio and print media outlets on the international, national and local level, these experts contributed to the public discussion about the election.

These faculty members’ areas of expertise include religion and politics, politics of race and ethnicity, voting behavior, election and tax law, women and politics, journalism, and campaign ads. And they provided credible opinions on the election process, voter sentiment, top issues and the candidates themselves. Here are select excerpts from their commentary:

“[The commission] is a remarkable group of people all interested in one thing: How do we present to the American people, a discussion, a debate that will inform our votes? In our challenging times, often polarized times, it is an honor to work with people who are so deeply patriotic and so deeply concerned about our political process. The goal of these debates is to present the candidates to the public in various ways so that the public, the voting public … [is] as educated, as knowledgeable as they can possibly be before they cast that vote. And, if we can do that, we will have a healthier republic, a healthier democracy. That’s our purpose.”
Rev. John I. Jenkins, C.S.C., University president and professor of philosophy, on C-SPAN, Oct. 9

“What I think many of us did not understand was the extent to which whites who supported Trump were going to turn out and vote in substantial numbers.”
Luis Fraga, Joseph and Elizabeth Robbie Professor of Political Science, on NBC, Nov. 9

“Voter satisfaction of the economy and a general sense of how things are going are usually the best indicators of which way an election will go, but since 9/11 foreign policy has intruded into the public consciousness and has not had greater salience perhaps since periods like the 1968 election at the height of the Vietnam War.”
Michael Desch, professor of political science, reported in Catholic News Service, Aug. 19

On the media and voter perception

“Depending on those channels, you get different facts, you can get different interpretations of those facts and just totally different realities all together. We know the way in which people consume media might be another contributing factor, because people don’t consciously watch channels or shows that contradict their political views.”
Darren Davis, professor of political science, on WSBT-TV, Sep. 27

On the Secretary Hillary Clinton campaign’s messages of hope, kindness and love

“It draws on Christian vocabulary but doesn’t appear to have overtly religious content. It seems to come from a more secular, civil kind of spirituality. But when you start using that language, maybe it does bring about a certain elevation of political discourse and insert an ideal that is deeper than the rhetoric. At least it’s better than hate language.”
John Cavadini, professor of theology, in the New York Times, Aug. 27

On the Trump and Clinton foundations

“The bottom line is that close ties between foundations, their leaders, the donors that support them and the causes they support are common. Members of the public can of course still be critical of such ties, but the law allows them.”
Lloyd Mayer, professor of law, on CNN, Sep. 21

On the feminist triumph of Clinton’s run

“The ratification of the 19th Amendment and the presidential candidacy of Hillary Clinton are consequential for how they challenged the ideology of gender difference articulated by opponents of both."
Christina Wolbrecht, associate professor of political science, Vox, Nov. 11

On the business impact of Trump presidency

“Without a doubt, the obvious beneficiaries are defense, transportation and energy. If there were more coal companies still on the market, they would be really hot right now. The transportation sector has been hit with excessive regulation. Trump should be able to fix that, too.”
Tim Loughran, C.R. Smith Professor of Finance, in the Washington Post, Nov. 9

Without action by Congress, US Postal Service has about one year to survive, expert says