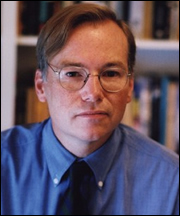 Steve Coll, recipient of two Pulitzer Prizes and former managing editor of the Washington Post, will present a lecture titledInside the Hunt for Osama Bin Ladenat 7 p.m. Sept. 29 (Thursday) in the Jordan Auditorium of the University of Notre Dame.

In his talk, Coll will discuss the search for Bin Laden, why it failed before Sept. 11, 2001, and what is happening now. His most recent book,Ghost Wars: The Secret History of the CIA, Afghanistan and Bin Laden, from the Soviet Invasion to September 10, 2001,won the 2005 Pulitzer Prize for general non-fiction, the Council on Foreign RelationsArthur Ross Award for best book on foreign affairs, and the Lionel Gelber Prize for the best book published on international affairs in 2004.

Coll, who recently joined The New Yorker as a writer, began his career in 1985 working for the Washington Post. He went on to serve as the newspapersNew Yorkfinancial correspondent, and won a Pulitzer Prize in 1990 for an article he co-wrote on the Securities and Exchange Commission. He also served as the PostsSouth Asiabureau chief, editor and publisher before becoming managing editor in 1998. His other honors include the Robert F. Kennedy Award for his coverage ofSierra Leones civil war and the Overseas Press Club Award for international magazine writing.