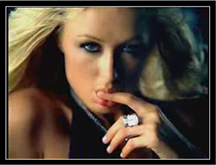 As she writhes across a black Bentley, scantily-clad celebrity Paris Hilton suds ups and hoses down the luxury auto while occasionally – and seductively – biting into a massive hamburger.

With commercials like that, its little wonder that two University of Notre Dame marketing professors find American consumers continue to have mild misgivings about advertising and other components of the marketing profession.

Ads such as the Carls Jr. commercial with Paris Hilton are very blatant examples of a marketing activity that damages the credibility of all advertising and, by association, all marketing,said Michael Etzel, professor of marketing.Unfortunately, there are too many such unimaginative efforts to attract attention.

Etzel and Notre Dame colleague John Gaski, associate professor of marketing, have tracked consumer attitudes toward marketing every year since 1984, using a 20-item survey they created and administered in cooperation with the Synovate polling organization. Their latest study indicates that, while overall sentiments have improved over time, consumers continue to express concerns about the kinds of advertising they see on TV. When incorporating secondary data from the 1970s, the authors find a similar 30-year trend.

But Etzel points out that the negative sentiments toward marketing go beyond objectionable television commercials.

There are more subtle and probably less objectionable activities that can contribute to an unfavorable view of marketing,he said.Small exaggerations in advertising, poor customer service, less than promised quality, and hidden fees or charges that often are justified as a response to competitive pressures, irritate and frustrate consumers.

As such, they eat away at the credibility and reputation of marketing and marketers.

The Notre Dame-Synovate Index of Consumer Sentiment Toward Marketing was published in the March issue of the Journal of Consumer Research.

In addition to their broader findings, the authors found that positive perceptions of marketing rise with lower inflation and personal saving.

As consumers save less and spend more, they apparently are happier with marketing outputs,Gaski said.

The study is available on the Journal of Consumer Research Web site at http://www.journals.uchicago.edu/JCR/journal/issues/v31n4/310419/310419.html