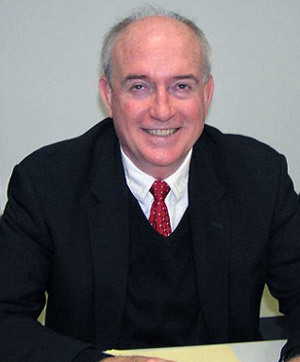 John T. Fitzgerald will join the University of Notre Dame’s Department of Theology this fall, according to J. Matthew Ashley, associate professor and department chair.

“John Fitzgerald is not only a preeminent scholar of the New Testament in itself but also has a broad and penetrating knowledge of the Greco-Roman context in which it was written and received,” Ashley said. “Moreover, his involvement in many prestigious scholarly journals and series, both nationally and internationally, will make him a terrific mentor for our graduate students as they seek to establish themselves in the scholarly world during their studies here and after they graduate.”

Fitzgerald has spent the past 31 years at the University of Miami, where he served most recently as chair of the Department of Religious Studies. His work includes nine books as an author, translator and editor as well as more than 50 articles and approximately 170 book reviews and book notes.

An active member of the Society of Biblical Literature, Fitzgerald has a joint appointment as Professor Extraordinary at North-West University School for Biblical Studies and Bible Languages in Potchefstroom, South Africa, and has been a visiting professor at both Brown and Yale universities.

He says he takes a “religion and society approach” to his study of early Christianity.

Among the areas Fitzgerald is currently researching are the role of friendship in the spread of early Christianity, the economy — including issues such as the attitude of the church and the government regarding unemployment — and domestic violence in antiquity.

While the decision to leave Miami after more than three decades wasn’t an easy one, Fitzgerald says he knew from working with Notre Dame faculty members over the years that he would be a good fit.

He also says getting to work with doctoral students at what he considers one of the premier programs in the world was a “compelling” opportunity.

“I’ve always had great respect for Notre Dame,” Fitzgerald says. “It’s really a model for an institution that tries to do everything right, from academics to athletics and the fine arts. And is committed to educating the whole person, which is a concept that I appreciate.”

Fitzgerald will teach two introductory classes for undergraduates in his first semester here. A former football player, he plans to reference the gridiron in his courses — in particular, the 1988 match-up between Notre Dame and Miami. Famously dubbed “Catholics vs. Convicts,” the game is now considered one of the greatest victories in Fighting Irish football history.

“My first day of class,” Fitzgerald joked, “I intend to mention this and introduce myself as an ex-con.”