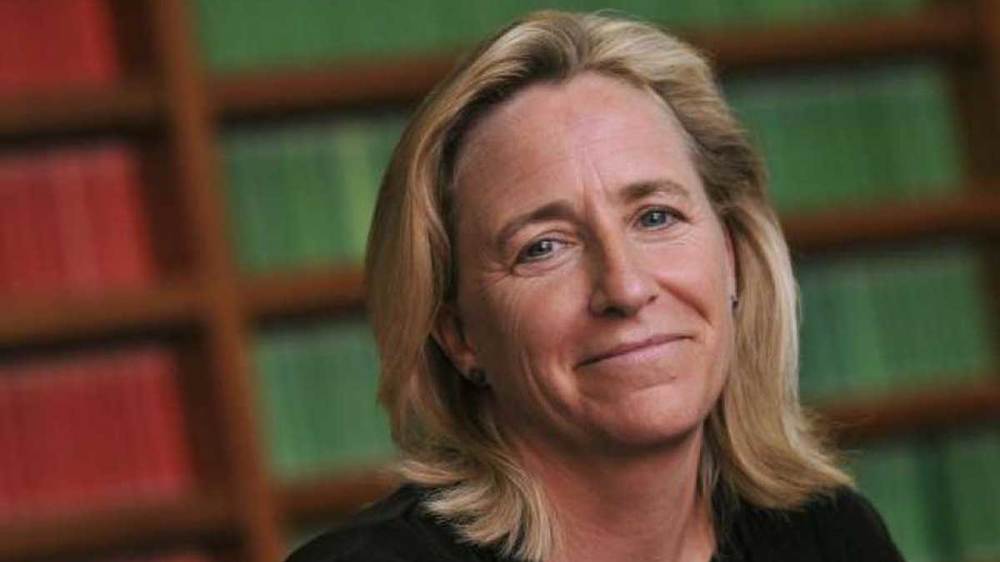 Notre Dame political scientist Susan Collins has been awarded a 2018 fellowship from the National Endowment for the Humanities, extending the University’s record success with the NEH.

Since 1999, faculty in Notre Dame’s College of Arts and Letters have won a total of 62 NEH fellowships — more than any other university in the country.

“It is rare for a political scientist to receive an NEH fellowship,” said Luis Fraga, the Rev. Donald P. McNeill, C.S.C., Professor of Transformative Latino Leadership, the Joseph and Elizabeth Robbie Professor of Political Science, and acting chair of the department. “However, Professor Collins’ research reaches across disciplinary boundaries and is solidly grounded in political theory, which is the humanities heart of all political science.”

Collins is one of 74 fellowship recipients nationwide, out of nearly 1,000 applicants. With the award, she will complete her book "Constituting the Ancient City: The Political Regime and Classical Sparta."

“I’m incredibly grateful,” she said. “NEH funding is critical taxpayer support of humane learning. Such support is especially important in the social sciences, where the humanist perspective complements the important empirical work of my colleagues.”

“My work is driven by enduring questions of factional strife, war and civil order. I argue that the classical tradition — which knew well the costs of political conflict — can help us to chart a path today toward better understanding the roles of power, consent, and reason in political founding.”

Collins’ book project investigates the ancient principle of "politeia" — meaning constitution or regime — by analyzing its treatment in the work of Aristotle and by examining the classical city of Sparta.

The study widens the lens of recent scholarship to investigate an understudied dimension of Aristotle’s discussion of the principle — the way in which every politeia contains but never wholly resolves the perennial problems of faction, revolution and war.

That wider lens also brings into view the city of Sparta, she said.

“Identified by ancient authors as the regime that most successfully managed internal faction and external war, Sparta is praised across the history of thought and is of renewed interest today for its civic unity, lawfulness, and courage on the battlefield,” Collins said.

“While I explore the civic virtues that Sparta has come to represent, I focus on the criticisms of the classical city by those contemporary with it. In particular, Aristotle and Xenophon were critical of the regime for neglecting the education needed to address Sparta’s own political challenges and the virtues essential to human happiness.”

Collins, who came to Notre Dame in 2013, said the project grew out of her two most recent works — "Aristotle and the Rediscovery of Citizenship" (Cambridge, 2006) and her co-translation of Aristotle’s Nicomachean Ethics (University of Chicago, 2011).

This research, she said, provides valuable insight into some of the difficult political problems of our time.

“My work is driven by enduring questions of factional strife, war, and civil order,” Collins said. “I argue that the classical tradition — which knew well the costs of political conflict — can help us to chart a path today toward better understanding the roles of power, consent and reason in political founding.”

Originally published by Carrie Gates at al.nd.edu on December 15, 2017.