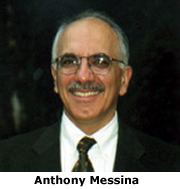 Why have traditional immigrant-receiving states historically permitted high levels of immigration and to what degree can its political and social fallout be managed?

Post-WWII migration has historically served the macroeconomic and political interests of the receiving countries,saidMessina, associate professor of political science.Moreover, it is the role of politics in adjudicating the claims presented by domestic economic actors, foreign policy commitments, and humanitarian norms that creates a permissive environment for significant migration toWestern Europe.

Each chapter of the book deals with a distinct subject related to the politics of immigration, and includes a comprehensive and cross-national treatment of the phenomenon of migration toWestern Europe. The book was published by Cambridge University Press.

Among other publications, Messina is the author ofRace and Party Competition in Britain,the editor ofWest European Immigration and Immigrant Policy in the New Century: A Continuing Quandary for States and Societies,and the co-editor ofEthnic and Racial Minorities in the Advanced Industrial Democracies,The Migration Reader,andThe Year of the Euro: The Social and Political Import of Europe’s Common Currency.

A member of the Notre Dame faculty since 1999,Messinais a fellow in the Universitys Kellogg Institute for International Studies and the Nanovic Institute for European Studies.