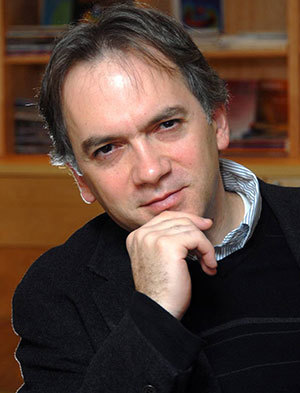 The international collaborative team points out that the classical rotor, a macroscopic particle of mass confined to a ring, is one of the most studied systems in classical mechanics. In a paper appearing in the April 1 issue of the journal Nature Scientific Reports, Janko and colleagues Shi-Hsin Lin, Milorad Milosevic, Lucian Covaci and Francois Peeters of the Universiteit Antwerpen in Belgium described how the quantum dynamics of quasiparticles in several classes of nanostructured superconductors can be mapped onto a quantum rotor. These results are the culmination of a nearly decade-long collaboration started in 2005, when Milosevic, Covaci and Peeters were visiting fellows of Notre Dame’s Institute for Theoretical Sciences and Lin was a graduate student in Notre Dame’s Department of Physics.

Besides being a remarkable example of a quantum analogue of a classical system, the superconducting rotor has a number of significant characteristics. It can be realized in a broad range of superconducting systems and has a tunable inertia and gravitational field. It also can be externally manipulated through effective tilt, pulsed gravity and pivot oscillations and can be converted to a quantum pendulum or be driven to a chaotic regime.

This realization of the quantum rotor therefore has the potential to provide insights into a variety of phenomena, which will be the focus of further experimental and theoretical investigation, possibly leading to practical applications such as advanced detectors.