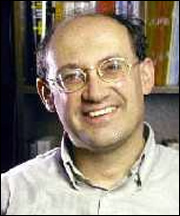 Translated by Steven Rendall, the 1,016-page book first was published in 1997 in Germany. It provoked heated debate in and out of the academy, including a collection of essays by Hösles critics in response to his provocative arguments.

“Morals and Politics” is Hösles outline of a political ethics for the 21st century. In raising the question of the relationship between morals and politics, he answers by fusing the classical European conviction that political philosophy must be based on ethics with the more modern notion that ethical arguments themselves have a political function.

The book is divided into three parts: a survey of political thought; the character of human nature, power, and the state and its history; and the philosophy of law.

Funding for the translation was provided by the George W. Strake Endowment in Notre Dames College of Arts and Letters.

A member of the Notre Dame faculty since 1999, Hösle holds the Paul G. Kimball Chair in Arts and Letters and faculty appointments in the departments of German language and literature, philosophy, and political science. He earned his doctorate from the University of Tübingen.