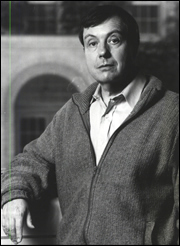 Peter van Inwagen, John Cardinal O’Hara Professor of Philosophy at the University of Notre Dame, has been elected to theAmericanAcademyof Arts and Sciences. He will be formally inducted in October at the House of the Academy inCambridge,Mass.

Founded during the American Revolution by John Adams, John Hancock and others, theAmericanAcademyof Arts and Sciences is the nation’s leading learned society. It recognizes individuals who have made outstanding contributions to science, scholarship, public affairs and the arts.

“TheAmericanAcademyof Arts and Sciences is unique for its breadth and scope,” said Leslie C. Berlowitz, the organization’s executive officer. “Throughout its history, the academy has gathered individuals with diverse perspectives to participate in studies and projects focusing on advancing intellectual thought and constructive action in American society.”

Van Inwagen, who specializes in the study of metaphysics and philosophical theology, is the author ofAn Essay on Free Will,Material Beings,Metaphysics,Ontology, Identity, and Modality: Essays in Metaphysics,God, Knowledge and Mystery: Essays in Philosophical Theology,andThe Possibility of Resurrection and Other Essays in Christian Apologetics,and is the editor ofTime and Cause: Essays Presented to Richard Taylor,Christian Faith and the Problem of Evil,and co-editor ofAlvin Plantinga.