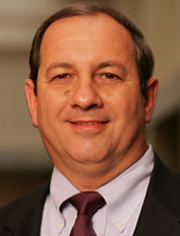 Two years ago this week, President Bush stood on the flight deck of the USS Abraham Lincoln and, speaking beneath a banner proclaimingMission Accomplished,declared the U.S. invasion of Iraq a success and the major fighting at an end.

Since then some 1,400 Americans have been killed in the war, and independent accounts of the number of Iraqi dead range from 21 to 24,000.

George Lopez, senior fellow in Notre Dames Joan B. Kroc Institute for International Peace Studies , argues that the ranks of the robust insurgency are being amply supplied by Iraqi nationalists, not necessarily jihadists, resisting what they regard as the military occupation of their country.

In a recent column in La Opinion, Lopez called for theU.S.to announce aphased withdrawalof troops to be completed by April 2006, to begin dismantling its military bases inIraq, and to reduce the size and ambitions of its embassy inBaghdadto better match those of other countries in the region.

Lopez cited a Zogby opinion poll taken earlier this year which reported that 82 percent of Iraqs Sunnis and 69 percent of the countrys Shiites favor US withdrawaleither immediately or after an elected government is in place.