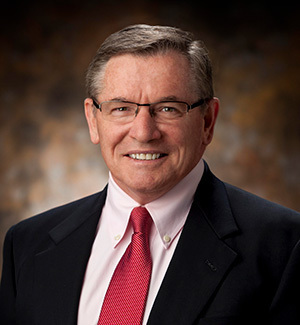 Patrick Gibbons, currently chief communications officer at the Johns Hopkins University Applied Physics Laboratory in Laurel, Maryland, will join the University of Notre Dame as executive director of academic communications in April, according to Thomas G. Burish, Charles and Jill Fischer Provost of the University.

In this role, Gibbons will work closely with faculty, administrators and staff members across campus to enhance Notre Dame’s academic reputation nationally and internationally among its peers in higher education as well as with prospective faculty and students. Gibbons also will support broader strategic efforts to enhance relationships with corporate sponsors and government, nonprofit and philanthropic audiences. Additionally, he will work closely with Vice President Paul J. Browne and his team in the Office of Public Affairs and Communications, representing the academy in OPAC’s University-wide strategic planning and implementation.

“Patrick has wide-ranging strategic and tactical experience in higher education, government and the nonprofit sector; has led matrix-constructed teams of communications experts as will be the case here; and is committed to the mission of Notre Dame,” Burish said. “He was the overwhelming choice of the search committee.”

“Notre Dame is highly regarded for its teaching, research and scholarship,” Gibbons said. “I look forward to working with people campus-wide to further enhance its academic reputation and better align its strategic communications programs.”

Gibbons brings to Notre Dame a strong background in government and nonprofit scientific and research communications, strategic communication planning, media relations and marketing. His career began as a public affairs officer in the United States Marine Corps, during which he served in a variety of assignments, including head of media relations for the Marine Corps at the Pentagon and public affairs officer for the commandant of the Marine Corps.

He later served as communications director and then vice president of communications for RTI International (also known as the Research Triangle Institute), one of the world’s leading independent nonprofit research and development organizations, dedicated to improving the human condition by turning knowledge into practice. In this position, Gibbons played a significant role in raising the visibility of RTI across a wide range of sponsors and stakeholders.

Since 2013, Gibbons has served as chief communications officer for the Johns Hopkins Applied Physics Laboratory, a role in which he worked closely with executives and technical staff members across the organization to develop and modernize the laboratory’s enterprise-level communications function, processes and tools.

The appointment is effective April 24.