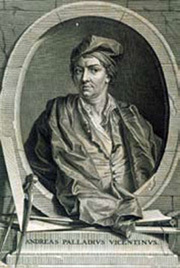 For the first time in the Midwest, a collection of 31 rarely seen drawings, books and models by Italian 16th-century architect Andrea Palladio will go on display at the Snite Museum of Art at the University of Notre Dame. The collection, from the Royal Institute of British Architects, is titled “Palladio and His Legacy: A Transatlantic Journey” and will be on display from June 5 through July 31.

The exhibition begins with drawings from Palladio’s early career and stretches through his intensive study of the architecture of antiquity, ending with some of his later and most famous works. It also displays drawings of Palladio that help demonstrate his creative process such as rough sketches with unfinished areas and traces of earlier ideas.

Detailed architectural models, created and loaned specially for the exhibition by renowned model-maker Timothy Richards, complement the exhibit and demonstrate the spread of Palladio’s architectural theories to the United States.

Palladio, born in Padua of what was then the Republic of Venice, is considered to be one of the most significant and influential architects in the Western world for his interpretation of the architecture of classical antiquity. He began work as a stonecutter in sculpture studios in the Veneto and later studied Roman ruins and the work of the classical author Vitruvius.

The collection will travel to one more venue before it is placed into storage for 25 years in order to “rest” the delicate and valuable works.

In addition to the exhibit, the Notre Dame School of Architecture will host a three-day conference titled “From Vernacular to Classical: The Perpetual Modernity of Palladio” June 10 to 12. Event participants will reconnect Palladian ideals that continue to influence sustainable architecture and urbanism.

The School also will display its own exhibit, “New Palladians,” which consists of 50 international classical architects’ work in the Bond Hall Gallery.