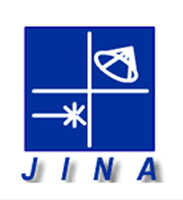 The University of Notre Dames Joint Institute for Nuclear Astrophysics (JINA) is one of four international partners in a new research alliance titledExtremes of Density and Temperature: Cosmic Matter in the Laboratory.

Leading international scientists, including two Nobel laureates, will serve as associate partners. Through the alliance, GSI and its partners intended to push forward the frontier ofextreme matterresearch.

A central goal of the group is the creation of theExtreMe Matter Institute(EMMI) on GSI grounds in Darmstadt. With EMMI, the alliance will generate a unique infrastructure for interdisciplinary investigations of matter under extreme conditionsfrom extremely hot matter of the Big Bang to ultra-cold quantum gases. The institute also will serve as a think tank for the new International FAIR facility for antiproton and ion research to be built at GSI, Darmstadt.

A Physics Frontier Center of the National Science Foundation, JINA is one of the worlds leading research institutions in experimental and theoretical nuclear astrophysics. It will contribute to the new alliance mainly through its expertise in the experimental and theoretical simulation of nuclear reactions at high density and temperature conditions typical for exploding white dwarf stars (novae and supernovae Ia) and nuclear processes taking place in the crust of neutron stars.