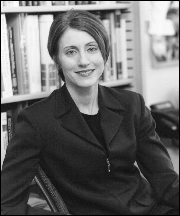 The recent unmasking of Mark Felt as WatergatesDeep Throatcalls into question the conventional wisdom that says harboring secrets is harmful – and is likely the root of illness or emotional turmoil.

Most people believe that secrets will cause harm to the secret keeper,says Anita Kelly, professor of psychology at the University of Notre Dame and author ofPsychology of Secrets.

But there is no direct evidence showing that keeping secrets causes illness.Studies show that secretive types – those who fear disclosure – do exhibit more physical and psychological symptoms, but those types may be predisposed to illness because of their personalities, not because of a particular secret.

At 91 years of age, Felts decision to keep hisDeep Throatidentity a secret for three decades seems to have had little negative impact on his health or longevity.

There very often is a trade-off in keeping a secret, says Kelly, and sometimes the potential damage to a persons reputation is not worth unloading the secret.

A person who is normally open may choose to keep one particular secret, as Felt did, and protect that information for a long time,she said.At 91, he seems to have lived a long and healthful life, even with some secrets.It can be done.