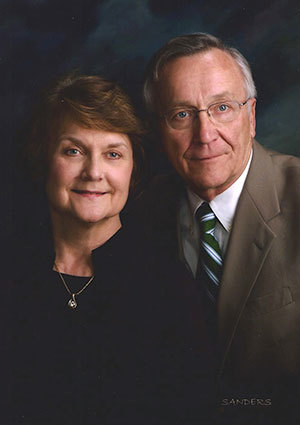 Adding to what had already amounted to the largest and most significant set of gifts to support the University of Notre Dame’s efforts to strengthen and transform Catholic K-12 education, Mary Ann and Jack Remick, of Rochester, Minnesota, have made an additional $10 million leadership gift to the University’s Alliance for Catholic Education (ACE).

This most recent gift will more than double the endowment of the Mary Ann Remick Leadership Program, the nation’s preeminent formation program to shape a generation of faith-filled and talented principals for America’s Catholic schools. The gift also ensures that ACE can attract the nation’s top talent to successfully engage the challenges that face contemporary Catholic schools, fully integrating executive management and instructional leadership, imbued with the spirit of the Gospel.

“This wonderfully generous gesture from Mary Ann and Jack adds to the already remarkable foundation that Notre Dame has built to sustain, strengthen and transform Catholic schools,” said Rev. John I. Jenkins, C.S.C., Notre Dame’s president. “In thanking Mary Ann and Jack for this gift, I am deeply mindful of Pope Francis’ expression of gratitude to the University Trustees on our recent visit to Rome, for ‘the commitment which Notre Dame has shown over the years to supporting and strengthening Catholic elementary and secondary education throughout the United States.’ ”

“Transformational school leaders are world-builders, architects of the soul who bring to life for the members of their Catholic school communities a compelling vision of the core values and goals of a Catholic education,” said Rev. Timothy Scully, C.S.C., director of the Institute for Educational Initiatives and founder of ACE. “Though the challenges faced by Catholic schools have changed rather dramatically in the current American context, the core values and goals remain ever the same: to invite our students to an encounter with the living person of Jesus Christ while at the same time engendering a deep love of learning.”

Jack Remick earned his bachelor’s degree from Notre Dame in 1959, and his support of the University began almost immediately after graduation. While at the same time engaged early in his career with IBM, Jack became a founding partner of the Fastenal Co., an exceptionally successful construction supply and services company based in Winona, Minnesota.

Jack currently serves as chair of Notre Dame’s College of Engineering Advisory Council. Among the many gifts he has made to his alma mater is Stinson-Remick Hall, the state-of-the-art engineering building near the entrance to Notre Dame’s campus.

Mary Ann Remick earned her bachelor’s degree in nursing from the College of Saint Teresa, whose campus is now part of Saint Mary’s University of Minnesota in Winona. After a successful career in nursing, Mary Ann became increasingly involved in the Catholic schools in Rochester and ultimately joined the board of trustees of St. Mary’s University of Minnesota in 2004. Combining her passion for quality education and increased access to under-served children, Mary Ann created an endowment that enabled the founding of the Mary Ann Remick Leadership Program in 2008.

She recently stated: “It has been a distinct privilege for Jack and me to share in the work of those in the Alliance for Catholic Education and to assist in the formation of leaders for Catholic schools throughout the country. In our view, there is nothing more essential to the survival and success of a Catholic school.”

Four years later, Mary Ann made possible a new home for the Alliance for Catholic Education, providing the resources for the renovation of the historic Institute for Educational Initiatives Building, including the very popular Remick Commons, at the heart of campus adjacent to the Basilica of the Sacred Heart, the Grotto and the Main Building. To mark and celebrate the Remicks’ most recent gift, the University announced the renaming of this landmark Sorin-era building as “Visitation Hall,” in honor of the encounter between two women whereupon the church was born.

Jack and Mary Ann are the parents of five children, three of whom are Notre Dame graduates.

The Alliance for Catholic Education has been serving under-served Catholic schools for the past 20 years in communities across the United States and abroad. Each year, the mission of ACE impacts the lives of several hundred thousand children by preparing high-talented, faith-filled teachers, principals and administrative leaders while offering an array of professional services to strengthen and transform Catholic schools. ACE works to ensure that children in these communities, many of them from low-income families in high-poverty areas, have access to the highest quality Catholic education. Mary Ann currently serves as a member of the ACE Advisory Board.