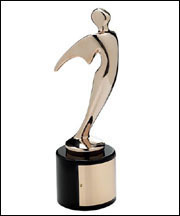 Two local communication agencies have been honored with awards for four video features produced for the University of Notre Dame.

A National Portraitis a short film commemorating the life and achievements of Rev. Theodore M. Hesburgh, C.S.C., president emeritus of Notre Dame. The program initially was shown in the National Portrait Gallery of the Smithsonian Institution at a celebration of Father Hesburghs 90th birthday.

PentaVision Communications, a full-service media solutions company based in South Bend, was honored with a Silver Communicator Award for a feature on Notre Dames new Jordan Hall of Science and an honorable mention in the Videographer Awards for a television commercial for the Notre Dame womens softball team.