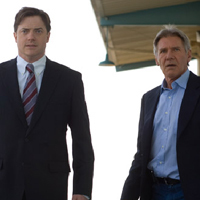 The University of Notre Dame will present two pre-release screenings of the major motion picture “Extraordinary Measures” Thursday (Jan. 14) at 6:30 and 9:30 p.m. in the Browning Cinema of the DeBartolo Performing Arts Center. The presentations are free and open to the public, but tickets are required and may be reserved by calling the center ticket office at 574-631-2800.

Set for release Jan. 22 by CBS Films, “Extraordinary Measures” is inspired by the true story of John Crowley, a 1992 Notre Dame graduate who defied conventional wisdom and great odds to pursue a cure for Pompe Disease, a rare neuromuscular disorder, which with his two young children were diagnosed. Actor Brendan Fraser portrays Crowley in the film, which also stars Harrison Ford and Keri Russell.
Watch movie trailer

Crowley will present opening remarks at the 6:30 screening with an introduction by Kasturi Haldar, director of Notre Dame’s Center for Rare and Neglected Diseases, which works to develop therapies and outreach efforts for people suffering from conditions that have been largely ignored by pharmaceutical companies.

The Center for Rare and Neglected Diseases, featured this year in one of Notre Dame’s “What Would You Fight For?” ads on NBC, is concerned with rare neuromuscular disorders such as Neimann-Pick Type C and rare forms of cancer, as well as neglected diseases such as tuberculosis, malaria and lymphatic filariasis.
Watch NBC ad

“Filling the void in vaccine and drug research that could help millions around the globe and making people more aware of their suffering, fits Notre Dame’s mission really well,” Haldar said.