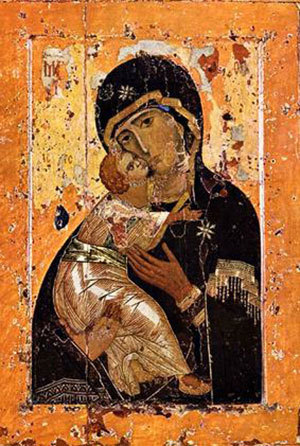 A conference of theologians will convene Oct. 6-8 (Sunday-Tuesday) at the University of Notre Dame’s McKenna Hall for a new consideration of recent, but lately overlooked, scholarship on Mary.

The conference, “Mary on the Eve of the Second Vatican Council,” is being sponsored by Notre Dame’s Institute for Church Life. It will focus on the works of several prominent Catholic thinkers of the 20th century — among them Karl and Hugo Rahner, Hans Urs von Balthasar, Yves Congar, Henri de Lubac and Thomas Merton — and examine their implications for the 21st century.

“The idea is to retrieve, in a critical scholarly way, a lot of the ferment in Marian theology that was going on in the decades and years leading up to the Council,” according to ICL director John Cavadini. “Some of this very creative theology surfaced in Council documents, but in the wake of the Council, Marian theology pretty much fell off a cliff, and all the ferment and creativity basically ceased.”

“We want to examine this mid-20th-century scholarship with new eyes, five decades after the Council, in order to prompt a renewal,” Cavadini said. “The theological landscape is littered with gems that were simply left behind, just lying there, waiting for someone to come pick them up and take a second look. Perhaps these strands of thought could be recovered and re-woven in some way that was not visible or maybe even thinkable to the generation of theologians who were writing on the eve of the Council.”