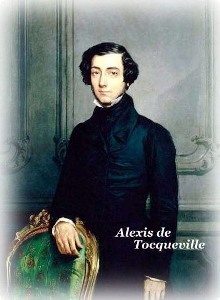 The question of religion and freedom in American public life will be the topic of a conference at the University of Notre Dame Sept. 29 and 30 (Thursday and Friday) at McKenna Hall on the University’s campus. The conference is free and open to the public.

Co-sponsored by Notre Dame’s Tocqueville Program and the Liberty Fund of Indianapolis, “Combining the Spirit of Religion with the Spirit of Liberty: The Tocqueville Thesis Revisited” will address Alexis de Tocqueville’s analysis of the connection between freedom and religion in American democracy, two forces thought by Europeans to be opposed.

Tocqueville believed American democracy showed how to combine both “the spirit of liberty” and “the spirit of religion,” which were necessary for successful democracies. Speakers from around the globe will discuss the 19th century Frenchman’s analysis of the connection between freedom and religion in American democracy, whether religion and liberty must be combined, or even can be combined.