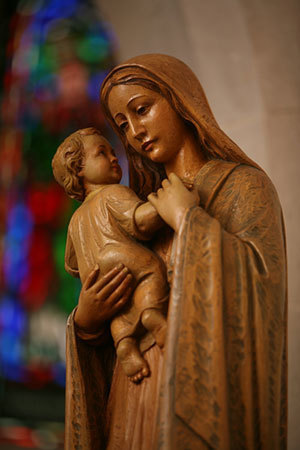 The report, “Distinctive Catholicism: U.S. Catholics’ Views on Human Nature,” summarized the findings of a study done by CSPRI director Brian Starks. The CSPRI initiative is a program of Notre Dame’s Institute for Church Life.

Christian Smith, William R. Kenan Jr. Professor of Sociology at Notre Dame, said that religious groups that are distinctive and engage with the broader society are more likely to flourish than those that retreat from it.

“This report is important because it tells us that Catholics have a unique perspective on human nature, which they can share with other Americans,” Smith said, “and share it they should.”

“‘Distinctive Catholicism’ highlights Catholics’ unique way of viewing humanity’s nature, as good, even after the Fall, because that is how God made us,” said John Cavadini, professor of theology at Notre Dame and director of the institute. “Today, especially, this distinctive Catholic imagination is needed in a world that, too often, lacks a deep sense of humanity’s God-given goodness and dignity.”

The report is being distributed to all Catholic bishops and to Catholic pastoral ministers nationwide.