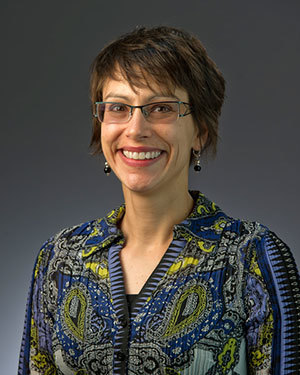 Every day, scientists learn more about how the world works at the smallest scales. While this knowledge has the potential to help others, it is possible that the same discoveries can also be used in ways that cause widespread harm.

A recent article in the journal Nanomedicine, born out of a Federal Bureau of Investigation workshop held at the University of Notre Dame in September 2012, tackles this complex “dual-use” aspect of nanotechnology research.

“The rapid pace of breakthroughs in nanotechnology, biotechnology and other fields holds the promise of great improvements in areas such as medical diagnosis and treatment,” says Kathleen Eggleson, a research scientist in Notre Dame’s Center for Nano Science and Technology and the author of the study.

“But the risk of misuse of these breakthroughs rises along with the potential benefit. This is the essence of the ‘dual-use dilemma.’”

The report examines the potential for nano-sized particles (which are measured in billionths of a meter) to breach the blood-brain barrier, the tightly knit layers of cells that afford the brain the highest level of protection — from microorganisms, harmful molecules, etc. — in the human body. Some neuroscientists are purposefully engineering nanoparticles that can cross the blood-brain barrier (BBB) so as to deliver medicines in a targeted and controlled way directly to diseased parts of the brain.

At the same time, the report notes, “nanoparticles designed to cross the BBB constitute a serious threat … in the context of combat.” For example, it is theorized that “aerosol delivery” of some nano-engineered agent in “a crowded indoor space” could cause serious harm to many people at once.

The problem of dual-use research was highlighted in 2011 when controversy erupted over the publication of findings that indicate how, with a handful of modifications, the H5N1 influenza virus (“bird flu”) can be altered in a way that would enable it to be transmitted between mammalian populations.

After a self-imposed one-year moratorium on this research, several laboratories around the world announced they would restart the work this year.

The FBI is actively responding to these developments in the scientific community.

“The law enforcement-security community seeks to strengthen the existing dialogue with researchers,” William So of the FBI’s Biological Countermeasures Unit says in the study.

“Science flourishes because of the open and collaborative atmosphere for sharing and discussing ideas. The FBI believes this model can do the same for our two communities … (and) create effective safeguards for science and national interests.”

The scientists and engineers who conduct nanoscale research have the ability and responsibility to consider the public safety aspects of their research and to act to protect society when necessary, argues Eggleson.

“The relationship between science and society is an uneasy one, but it is undeniable on the whole and not something any individual can opt out of in the name of progress for humanity’s benefit,” she says.

“Thought about dual use, and action when appropriate, is inherent to socially responsible practice of nanobiomedical science.”