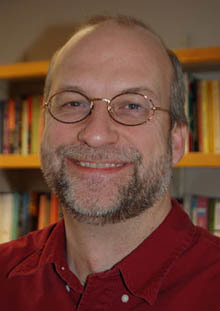 Sociologist Christian Smith of the University of Notre Dame Center for the Study of Religion and Society has received $1,228,000 to continue the National Study of Youth and Religion (NSYR) into a fourth wave of data collection. The research is supported by funding from the Lilly Endowment Inc., and the University.

NSYR is a longitudinal project administered at Notre Dame in collaboration with the University of North Carolina at Chapel Hill. NSYR researchers have been studying the religious and spiritual lives of a nationally representative sample of youth since they were 13 to 17 years old. Wave four will build upon the three previous waves of data, seeking to re-survey and interview the original 3,370 respondents as they head into late emerging adulthood as 23 to 29 year-olds.

“Every new wave of a longitudinal panel study that tracks people over time adds exponentially to our knowledge and understanding of their lives,” Smith said. “We get a longer time span to study how people’s lives change over time and what early-life influences shape their latter lives.”

Smith’s recent book, “Souls in Transition: The Religious and Spiritual Lives of Emerging Adults,” which he co-authored with Patricia Snell, shares findings from Wave three and tells the story of the 18 to 23 year-olds as they entered adulthood. Now he and his colleagues will follow the group into their late 20s.

“That means we will be able to see what happens in their religious and spiritual lives in the post-college years, during the time in life when most emerging adults begin settling down,” he said, adding, “No previous study of this scope and depth on these topics has ever done this before.”

More information is available by visiting the NSYR Web site at www.youthandreligion.org or the Center for the Study of Religion and Society Web site at http://csrs.nd.edu.