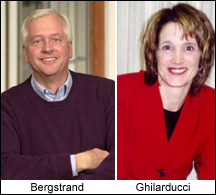 On the heels of the Federal Reserve announcing Wednesday (June 30) its widely expected 0.25-percentage-point increase in interest rates, a University of Notre Dame economist said the U.S. economy is going strong and should get stronger.p. In alluding to the rate increase, first-quarter economic growth of 3.9 percent and the addition of 248,000 jobs in May, Jeffrey Bergstrand said:None of this comes as a surprise. The combination of four factors has boosted growth – and likely continued growth – this year and into next.p. Factors contributing to the robust economy, according to Bergstrand, are: