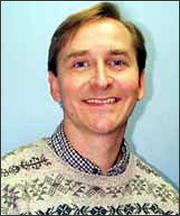 The Hubble Space Telescopes future is in further doubt amid recent reports that NASAs 2006 budget will not include a mission to repair the aging instrument. Instead, the reports quote unnamed White House officials as saying the budget earmarks funds to decommission Hubble.

“White House to scrap Hubble? I hope not.” Peter Garnavich, a University of Notre Dame astrophysicist, said in reaction to the news reports. “NASA has just closed its 14th round of science proposals for the Hubble. Despite the fact that Hubble may not be working next year, thousands of astronomers from around the world submitted ideas for the use of the telescope. Nearly all the proposals, including mine to study distant supernovae, can not be done by any other telescope in the world, mainly because Hubble is not of this world.”

The 14-year old telescope is expected to fail in the next two or three years unless it receives new batteries and gyroscopes. The debate on how to repair Hubble began a year ago when NASA administrator Sean OKeefe decided that using shuttle astronauts to service the observatory was too risky in light of the Space Shuttle Columbia disaster. However, a massive public outcry prompted OKeefe to announce in August that NASA would pursue a mission to repair the telescope using robots. Each option would cost at least $1 billion. The controversy deepened in December, when an influential committee of the U.S. National AcademiesNational Research Council recommended that NASA launch a manned Hubble rescue mission as soon as possible, but OKeefe held firm.

“Hubble is the most productive scientific mission NASA has ever launched,” Garnavich said. “Several national science organizations have recommended that every effort be made to keep Hubble working. Just this month the American Astronomical Society joined this list.”

The media reports have suggested that rising costs, associated in part with returning the space shuttles to flight, may force NASA to focus on a robotic mission to safely de-orbit Hubble by sending it splashing into an ocean. President Bush is thought to favor investment in manned space missions instead of repairing the Hubble.

“This administration appears to be making a choice between funding pure science and manned exploration,” Garnavich said. "This is like opening a public relations office for a company that doesnt sell anything. Manned flights are cool, exciting and expensive, but they must do more than bring home a rock to sit in a museum.

“NASA and the United States should not have to make a choice between science and manned space missions. Manned space missions lose their importance if science is not one of their goals, and science must lead the way for astronauts to efficiently study what they were sent to explore.”

During its lifetime, Hubble has helped scientists to establish the age of the Milky Way galaxy, gather evidence to support the Big Bang theory, and the first convincing proof by an optical telescope of the existence of black holes.

“The Hubble Space Telescope explores places in the universe that no human will ever reach,” Garnavich said. "It does great science for much less money that manned flight, making it a great deal for the taxpayer. Fixing Hubble should be a no brainer. Exactly how to fix it should be the question. A shuttle mission or a robotic fix is a tough call, one that NASA is working on.

“The Hubble is the canary in the coal mine. It is a sign that this administration is not interested in funding pure science, especially through NASA. Several important science probes have been pushed into the distant future to make way for the manned Mars mission. Cutting unmanned science missions that cost millions to save money to pay for a $400 billion project is unrealistic. It would almost be funny if one didnt realize that the funding strategy will mean neither will actually fly and still cost the taxpayers millions of dollars.”

_p. Peter M. Garnavich, associate professor of physics, can be reached for further comment at