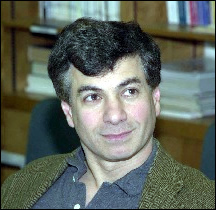 A new study, published in the April 7 edition of the New England Journal of Medicine, suggests that drug-resistant staph infections are more common and deadly than previously thought. Until recently, such infections were largely confined to hospitals and other health care settings.

The latest study, by researchers from the Centers for Disease Control and Prevention, examined more than 1,600 cases of infection caused by a strain of Staphylococcus aureus inBaltimore,Atlantaand the state ofMinnesota. The researchers found that 17 percent of drug-resistant staph infections were caught in the community and did not have any apparent links to health care settings. Nearly one-fourth of the patients studied required hospitalization.

Shahriar Mobashery, a Notre Dame bio-organic chemist, has been studying antibiotic resistance for the past 15 years.It is both a global societal problem and an elaborate and challenging scientific problem,he said.

Mobashery feels that antibiotic resistance to staph is a particular concern.

Staph infection has long been a concern in hospitals, where there are several patients to a room,he said.In the last 10 years, it has also emerged as a concern in prisons and hospitals.

Mobashery considers the community onset of staph infections, outside of institutions, a troubling phenomena.

Staph is very common,he said.Twenty-five percent of us have it on our skin or in our body cavities at any time. If you shake hands with eight people, two will have it.

During the 1940s and 50s, 90 percent of staph infections could be successfully treated with antibiotics.

Because of increasing antibiotic resistance, that figure is now down to 30 or 40 percent and it continues to decline,Mobashery said.

The solution to antibiotic resistance is discovery of novel classes of antibiotics, but the economics of the pharmaceutical industry complicates the search. It takes an estimated one-half billion dollars to bring a new drug to market.

Its not lucrative for pharmaceutical companies to develop and market a new antibiotic,Mobashery said.It is used for only a week or 10 days at a time and may earn the company $300 million. In contrast, a drug that will be used continually for long periods of time, like Viagra, will earn $6 billion annually.