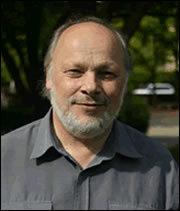 At a time when concerns are mounting over the efforts ofNorth Korea,Iranand other regimes to develop nuclear weapons, July 9 marks the 50 th anniversary of a significant document that laid the foundations for the nuclear non-proliferation movement. On that date in 1955, Albert Einstein and the philosopher and mathematician Bertrand Russell and nine other scientists issued a warning to humanity about the consequences of nuclear war.

TheRussell-Einstein Manifestowas the result of a long standing collaboration between Einstein and Russell. In April, 1955 Russell communicated by mail with Einstein atPrincetonto discuss publishing the document, to be signed by leading scientists of the time. Einstein died a few days later, on April 18, but he had already sent to Russell his last letter confirming his support for the joint statement.

I think the manifesto was a very important documentunfortunately with relatively little effect,said University of Notre Dame physicist Michel Wiescher, who teaches a course titledNuclear Weapons and Nuclear Warfare.It signaled the realization of Einstein about the impact and possible future consequences of nuclear weapon development and the arms race. That this question is more important than ever shows the increasing discussion and battle about non-proliferation issues.

The Russell-Einstein Manifesto stated, in part,Here, then, is the problem which we present to you, stark and dreadful and inescapable: Shall we put an end to the human race; or shall mankind renounce war. People will not face this alternative because it is so difficult to abolish war.