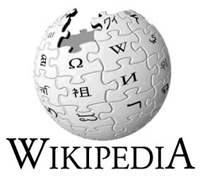 Wikipedia often appears in the top results when searching for information online, but it isn’t always the most credible source. Enter University of Notre Dame undergraduate students in the “Science and Pseudoscience in Psychology” class taught by Assistant Professor of Psychology Gerald Haeffel, who took on correcting and even creating new entries for the online encyclopedia.

As part of the new Association for Psychological Science (APS) Wikipedia Initiative, Haeffel’s class was one of just a few across the country selected to participate.

“We know that a lot of people get their science information from Wikipedia,” Haeffel says. “The average person will never read a journal article — they’re never going to read a peer-reviewed report. They go online. The APS initiative aims to have researchers fix Wikipedia pages with the most up-to-date, most relevant, most accurate scientific information.”

While performing this public service, Haeffel says, his students have also developed research, writing and technical skills that will serve them well after graduation, whether they go into psychology or not.

“There have been a few experts in technology saying that knowing how to edit Wikipedia text is going to be a required job skill in about three years.” 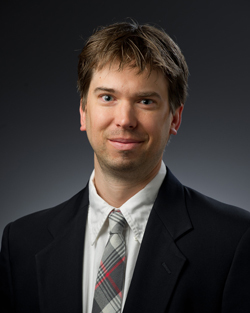 For the project, students chose topic pages from a list provided by the Association for Psychological Science. Some of the pages, Haeffel says, were “mainly opinion and myth,” while others just had a bare minimum of information. Some topics weren’t covered at all. The students then worked independently or in pairs, researching the assigned subject and compiling the dozens — if not hundreds — of citations needed to draft and submit new information.

“Everything we write or change in a Wikipedia article must be supported,” Haeffel explains. “The only way to defend an edit is with a reference, so students had to find all of their references ahead of time. They essentially became experts on their topics.”

And the research is just the first part of the process, Haeffel says.

“You learn that if you’re going to say something, you have to be able to back it up and defend it,” he says. “But you also have to find a way to convey complicated information to a lay person who doesn’t know the jargon. Clarity in writing, parsimony in writing — these are things that students are learning while editing Wikipedia pages.”

Once the pages are ready to be released online, they are then open to revision by Wikipedia’s volunteer editors — most of whom are not psychological professionals, Haeffel says. “This part of the project is good for learning skills about interacting with others and dealing with discrepancies, debates and fights.”

Psychology majors Victoria Mansoor and Luke Tilmans teamed up to revise a Wikipedia page on the Dodo Bird verdict, a theory that states all psychotherapies produce equivalent outcomes.

“We tried to show arguments in support of the Dodo Bird verdict and also the arguments against it,” Mansoor explains.

While managing corrections and suggestions from Wikipedia editors was challenging, Mansoor says, it was worth the effort. “Now you can Google our topic and what we wrote comes up,” she says. “It’s nice to see your work out there.”

Junior David Lawson, a psychology major who also took the course this spring, says that the research was daunting at times — requiring, on average, 60 to 80 references for a single Wikipedia page — but that writing for such a huge potential audience was thrilling.

“It’s one of my favorite classes at Notre Dame,” he says.

Haeffel plans to offer the course again next spring.

Originally published by Chris Milazzo at al.nd.edu on May 10, 2012.