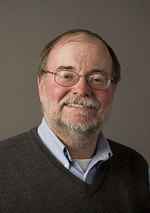 In the old days, mortgage lending was just like Jimmy Stewart inIts a Wonderful Life,says Notre Dame sociologist Richard A. Williams. You got a mortgage from the savings and loan, and the loan was offered at a fixed rate for 15 or 30 years.

But those were also the days of what Williams termsthe old inequalityminorities and those with low incomes just didnt get loans.

Williamsresearch interests focus on the impact of mortgage lending on racial residential segregation. He and colleague Carolyn Bond published a paper in December 2007 looking at 200 metropolitan statistical areas nationwide, using figures from the 2000 census.

The question the paper asked was this: If racial segregation in neighborhoods was caused by an inability to get mortgage loans, did the rise in subprime lending in the 1990s -enabling minorities and those with spotty credit histories to get loans for the first time -affect housing segregation?

It had often been argued that disparities in lending were contributing to racial segregation,Williams said.Minorities could not get loans like whites could.

Because subprime loans are concentrated in minority neighborhoods, Williamsspeculation was that prime loans (those with favorable terms, granted to borrowers with good credit and down payments) would reduce racial segregation, but subprime loans would not.

Thats pretty much what we found,he says.Prime loans, which are widely distributed across a variety of neighborhoods, did have a modest effect on decreasing segregation.

Hell be revisiting the issue after the 2010 census. The collapse of the subprime mortgage market, he suggests, may have a real adverse effect on racial segregation – particularly if lenders stop making loans to low income and minority families.

The real tragedy is that studies have shown that as many as half of those with subprime loans could have qualified for a regular loan, Williams adds.

Minorities were disproportionately likely to get subprime loans, and to get a worse deal in the lending process compared to comparable whites,he said.

And minorities are being hit harder by foreclosures.

Black home ownership has fallen by 3 percent in the last four or five years,he says.

In 2005, he notes, subprime lenders were the only ones marketing loans in minority neighborhoods.

Maybe youve been told by other lenders that you cant get a loan, and you see the ads, and all of a sudden someone is willing to make you a loan,Williams notes.But what nobody tells you is that you may be able to get a home, but you might not be able to keep it – especially with the kinds of loan terms that are being offered.

To date, Williams notes, half a million subprime borrowers have lost their homes to foreclosure, and as many as 1.8 million more may lose their homes as the market deteriorates.

It may be worse to have a home and lose it than never to have owned a home at all, he points out.

Youre not doing people any favors,he said.They lose equity, and have damaged credit ratings. Another concern is what it does to neighborhoods when you have empty and abandoned properties. The neighborhood starts to go down because people dont want to move there.

But rather than go back to the system of 20 years ago, when minorities simply couldnt qualify for loans, Williams says,I hope we have a system where minorities – or anybody – can get loans, but at fair terms. Youve had a system with a lot of abuse and shortsighted practices. My hope is that we come out of this with a more regulated loan market, with more reasonable loan terms.