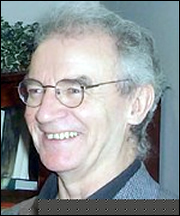 The collection concerns the career and writings of 18 th century British statesman and political thinker Edmund Burke and his understanding of the revolutionary changes in his time which produced the modern world. Such issues as liberty and empire, faction and revolution, universality, equality, authority, sectarian vice and democratic virtue, and various interpretations of the American and French revolutions are among Deanes subjects.

Deane, a poet, novelist, and critic, also is director of the Field Day Theatre and Publishing Company and editor of the Field Day Anthology of Irish Writing.His other books includeCeltic Revivals: Essays in Modern Irish Literature 1880-1980; A Short History of Irish Literature;The French Revolution and Enlightenment inEngland1789-1832;Reading in the Dark; and four volumes of poetry.