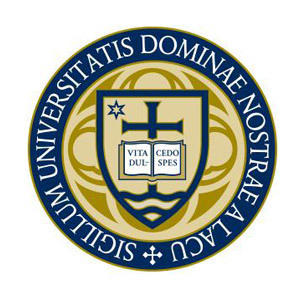 The University of Notre Dame on Tuesday (Dec. 3) re-filed a lawsuit in U.S. District Court for the Northern District of Indiana for relief from a mandate by the U.S. Department of Health and Human Services (HHS) that, contrary to Catholic teaching, requires Notre Dame and similar religious organizations to provide through their insurance plans or third-party administrators contraceptives, sterilization procedures and drugs that some assert induce abortions.

“Our abiding concern in both the original filing of May 21, 2012, and this re-filing has been Notre Dame’s freedom — and indeed the freedom of many religious organizations in this country — to live out a religious mission,” Rev. John I. Jenkins, C.S.C., Notre Dame’s president, said. “We have sought neither to prevent women from having access to services, nor even to prevent the government from providing them.”

Notre Dame and government administration officials have been in conversation for more than a year to resolve the matter.

“We believe the participants undertook these discussions in good faith, and we are grateful to the administration for the time it gave to this matter and for its efforts to accommodate our concerns,” Father Jenkins said. “We have concluded, however, the government’s accommodations would require us to forfeit our rights, to facilitate and become entangled in a program inconsistent with Catholic teaching and to create the impression that the University cooperates with and condones activities incompatible with its mission. In these ways, we contend, the regulations compel us to violate our religious beliefs.”

In its filing Tuesday, the University asked, among other things, that the court enter declaratory judgments that the HHS mandate violates Notre Dame’s rights under the First Amendment and the Religious Freedom Restoration Act, and that the court enjoin the government from enforcing the mandate. The lawsuit names as defendants Health and Human Services Secretary Kathleen Sebelius, Secretary of Labor Thomas Perez, Treasury Secretary Jacob J. Lew and their respective departments.

Citing the Nov. 13 U.S. Conference of Catholic Bishops Special Message regarding the mandate, Father Jenkins said that “Notre Dame wholeheartedly supports, in accord with Catholic teaching and in union with the U.S. Conference of Catholic Bishops, the effort to provide ‘accessible, life-affirming health care’ for everyone. It is deeply regrettable that rather than joining with the Catholic Church, which has long been a leader in providing such care, the Department of Health and Human Services through this mandate has created a conflict that has demanded time, energy and resources and distracted all parties involved from seeking ways to provide such care.”

In an Interim Final Ruling issued Aug. 3, 2011, the federal government required employers to provide services that religious organizations found objectionable. A narrow exemption was given to religious institutions, such as houses of worship, that serve and employ primarily members of their own faith, but, departing from a long tradition in federal law, organizations like Notre Dame — schools, universities, hospitals and charitable organizations that serve and employ people of all faiths and none — were granted no exemption, but instead were made subject to the law to the same extent as any secular organization.

On Sept. 28, 2011, Father Jenkins submitted a formal comment encouraging the administration to follow precedent and adopt a broader exemption. Despite some positive indications, the administration announced on Jan. 20, 2012, that its interim rule would be adopted as final without change. After an outcry from across the political spectrum, President Barack Obama announced on Feb. 10, 2012, that his administration would attempt to accommodate the concerns of religious organizations. Encouraged by the announcement, Notre Dame engaged in conversations with administration officials to find an acceptable resolution. Regrettably, the HHS Advanced Notification of Proposed Rulemaking on preventive services policy, issued on March 16, 2012, provided little in the way of a specific, substantive proposal or a definite timeline for resolution.

Consequently, Notre Dame filed suit May 21, 2012, challenging the regulation as an infringement of the University’s religious freedom. The U.S. District Court for the Northern District of Indiana dismissed the initial suit, indicating that the regulation was not sufficiently final, or “ripe,” for judicial review. Again the University engaged in discussions with the administration, urging adoption of a rule that would fully respect the right of religious organizations to live according to their beliefs. These discussions continued until the adoption of the final regulation on June 28, 2013. Now, against the threat of punitive fines, Notre Dame’s third-party administrator, Meritain, is required to notify all females of child-bearing age among the University’s employees and their dependents of the availability of the objectionable services. As this notice must be given by Jan. 1, 2014, the University has re-filed its suit, seeking relief from the courts.

To view a PDF of the complaint, click here.