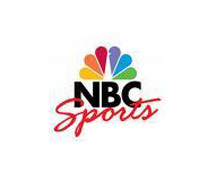 The University of Notre Dame and NBC Sports have reached agreement on a new five-year contract giving NBC the rights to televise Irish home football games from 2011 to 2015, extending the partnership between the University and network to 25 years.

We are absolutely thrilled to be continuing our landmark agreement with Notre Dame, the most storied brand in college sports,Ebersol said.This new deal, which will bring us to 25 years as partners, is great tribute to the wonderful relationship that Ken Schanzer has built with the entire Notre Dame community.

For almost 20 years, the innovative partnership between Notre Dame and NBC has been a valuable relationship for both the University and the network, and we are delighted that it will be extended by another five years,Father Jenkins said.Our fans and student-athletes have benefited, of course, but, most importantly, it is the general student body that has realized the greatest gains. In a collaboration unlike any other in higher education, revenue derived from the NBC contract has provided millions of dollars in financial aid to thousands of deserving students at Notre Dame, and we are pleased that this support to the academic mission of the University will continue.

Notre Dame head football coach Charlie Weis added:I’m thrilled on two levels to hear that Notre Dame will maintain its great relationship with NBC. As the head football coach, it is very beneficial for the program to have all of our home games broadcast into every living room in the country for the foreseeable future.As an alumnus, it is great to know that future students at Notre Dame will benefit from this partnership in the form of need-based scholarships.

Each season from 2011 to 2015, NBC will televise seven games at Notre Dame Stadium and an additional eighth off-site game airing in prime time.

Revenues from the NBC contract have played a key role in Notre Dames financial aid endowment since the start of the relationship in 1991. University officers decided then to use a portion of the football television contract revenue for undergraduate scholarship endowment (not athletic scholarships). To date, some 2,400 Notre Dame undergraduate students have received nearly $26 million in aid.

The University also has committed NBC revenues to endow doctoral fellowships in its Graduate School and MBA scholarships in its Mendoza College of Business.

The revenue generated through the NBC contract is a primary reason why Forbes magazine has recognized the substantial financial contributions made by Irish athletics to the University’s academic enterprise. In a 2007 survey, Forbes reported that the Notre Dame football program returns $21.1 million to academic initiatives, a total that is more than the surveys next five programs combined.

Each of the initial three contracts featured a combined 30 home games over each five-year span. When the current contract expires in 2010, NBC will have televised 36 games over five years, due to the addition in several years of a seventh home game and/or an eighth off-site game.