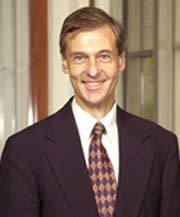 The University of Notre Dame will not enter into an agreement with the South Bend Railway to deliver coal to its power plant, John Affleck-Graves, the Universitys executive vice president, said Tuesday (June 21).

Now and for the foreseeable future,Affleck-Graves said,the University will have its coal delivered by trucks,as it has for at least the last half-dozen years.

Affleck-Graves said he concluded he needed to make anunequivocalstatement of the Universitys intent because of rampant speculation in the community that Notre Dame had agreed privately with the railway owners to reactivate the train tracks on the west side ofSouth Bendto transport coal to campus.

There has been no such agreement and nothing that could even be callednegotiations,he said.

He said he spoke with South Bend Mayor Steve Luecke about six months ago and assured him that, while the University mightexploreany proposal that the railroads backers might make, Notre Dame would not go forward with coal-hauling by rail if the city strongly opposed it.

Affleck-Graves said thatas diligent, conscientious stewards of the University and its resources,he and his staff are obliged to listen to any proposalthat offers the prospect of greater efficiency and economy.

However, he said, Notre Dame has forged astrong working relationshipwithSouth Bendand the rest ofSt. JosephCountyover the past two decades, and thatrelationship was more valuable than any gain a coal-hauling deal might bring.

The University will not always agree with the city on difficult issues like this, Affleck-Graves said, but it always will make decisions recognizing that its relationships with surrounding communities areassetsas important and valuable as any other assets it possesses.

Notre Dame uses an estimated 80,000 tons of coal annually to produce electrical power and hot water for the campus.