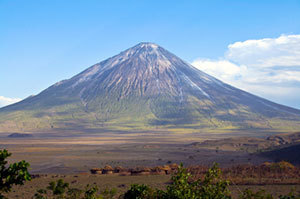 A new discovery by researchers from the University of Notre Dame’s Department of Civil and Environmental Engineering and Earth Sciences could change prevailing assumptions about the chemical makeup of the Earth’s mantle.

Antonio Simonetti, an associate professor in the department, and his doctoral student Wei Chen worked in cooperation with Vadim Kamenetsky of the University of Tasmania, Hobart (Australia) to learn the art of conducting chemical and mineralogical analyses of melt inclusions within crystals of the mineral magnetite (Fe3O4).

Simonetti points out that the magnetite crystals are hosted within igneous rocks (rocks resulting from the melting of the Earth’s mantle) referred to as carbonatites. 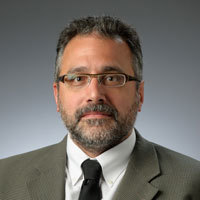 “The latter are an exceptional and intriguing type of igneous rock since they are composed primarily of calcium carbonate, or Calcite-CaCO3, rather than silicate minerals, which are the predominant minerals in the Earth’s crust and oceanic rocks,” Simonetti said. “Despite the small number of carbonatite occurrences worldwide compared to their volcanic counterparts in the past and present day, carbonatites continue to receive considerable deserved attention because of their unique enrichment, relative to crustal abundances in incompatible trace elements, such as niobium and the rare Earth elements.”

To date, most of the geological community believed that the sodium- and potassium-rich magmas being erupted at the Earth’s sole active carbonatite volcano at Ol Doinyo Lengai in Tanzania were unique, since all other carbonatite occurrences worldwide are dominated by calcium-rich carbonate or calcite.

In an attempt to resolve this question, Wei sought to determine the initial melt composition that gave rise to the Oka carbonatite complex, which is located in southeastern Quebec.

“We approached this issue by examining the nature and chemical composition of melt inclusions within individual magnetite crystals present in carbonatites,” Simonetti said. “Melt inclusions are micron-sized ‘pockets’ present within minerals that represent a combination or mechanical mixture of co-trapped crystals and melt engulfed and isolated early in the crystallization history of the magma while the magnetite crystals were forming. Hence, investigating melt inclusions represents a powerful tool for determining the chemical composition of the initial carbonatite magma at the Oka complex.”

Wei and Simonetti’s research revealed that the chemical composition of minerals trapped within the melt inclusions at the Oka complex are alkaline in nature and similar in composition to the minerals present at Ol Doinyo Lengai volcano. The finding will have a major impact in relation to deciphering and modeling chemical processes taking place in the Earth’s mantle throughout geologic time.

“This has some significant consequences as to how earth scientists should view the overall chemical budget of the Earth’s mantle since this is where carbonatite magmas are produced,” Simonetti said. “We are not attributing enough alkalies in the region of the mantle where carbonitite melts form.”

In addition to its significance for the field of earth science, the finding also has important practical and strategic importance. Carbonatites are of critical importance in the continually evolving fields of superconductors, electronics and computing. Several countries such as the USA, China, Brazil and Canada are host to carbonatite occurrences, and there is active exploration in many of these countries to locate new deposits given the ever-increasing demand for the manufacturing of sophisticated electronic components.

The paper describing Wei and Simonetti’s research appears in the journal Nature Communications.