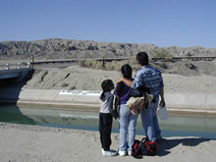 TitledImmigration: A Notre Dame Forum,the event will take place from 3 to 5 p.m. in the Universitys Joyce Center arena and poses the question: Twelve million undocumented workers reside in the United States.Should the government ignore, help or deport them, or offer them a pathway to citizenship?

The forum will be moderated by Ray Suarez, senior correspondent for The Newshour with Jim Lehrer.Classes will be canceled during the forum to give students and faculty the opportunity to attend.A live Web cast will be available at http://forum.nd.edu/..

Father Sorin, a Holy Cross priest and himself a French immigrant, founded Notre Dame as a place where young immigrant Catholics could receive an education,said Rev. John I. Jenkins, C.S.C., Notre Dames president.Like Notre Dame, Catholicism in the United States has been and still is largely composed of immigrants and their descendants.It is entirely fitting that the Notre Dame Forum address the issue of immigration and enhance the current national debate with informed conversation and scholarship developed within the context of Catholic teaching on immigration.

The distinguished and provocative panelists will discuss efforts to approach the complex challenge of immigration in a multi-faceted way.

Martinez emigrated from Cuba at age 15 and is the first Cuban-American to serve in the U.S. Senate.He has served as the chairman (mayor) of Orange County, Fla., and as the nations secretary of housing and urban development.He co-authored the Hagel-Martinez compromise in response to the immigration issues being debated in the Senate. The legislation was passed earlier this year.

Napolitano, who wrestles daily with the moral, social and political dilemmas of immigration on the Arizona-Mexico border, originally was elected in 2002 and re-elected in 2006.She is Arizonas third female governor and the first woman to win re-election.In November 2005, Time magazine named her one of the five best governors in the U.S.

Barletta,the mayor of Hazleton, Pa., introduced a controversial municipal ordinance aimed at discouraging undocumented immigrants from settling in his city.Under his direction, the Hazleton City Council passed the Illegal Immigration Relief Act, which imposes harsh fines on landlords renting to undocumented immigrants, revokes the business licenses of employers who hire these immigrants, declares English to be the official language of Hazleton, and restricts translation of official documents into other languages.

A number of students and faculty have participated in the preparation for the forum and expressed their strong approval of the decision to make immigration this years topic,said forum chair Timothy Matovina, professor of theology and director of Notre Dames Cushwa Center for the Study of American Catholicism.Our Notre Dame family has much to learn and much to offer the national debate on this vital issue.

The Notre Dame Forum was established in 2005 by Father Jenkins to annually assemble world leaders on campus in discussion of the leading issues of the day.The forum seeks to engage all campus constituents in these important conversations to better formulate solutions and effect positive change.Last years forum addressed the global health crisis.The 2005 event focused on the role of religious faith in a plural world.