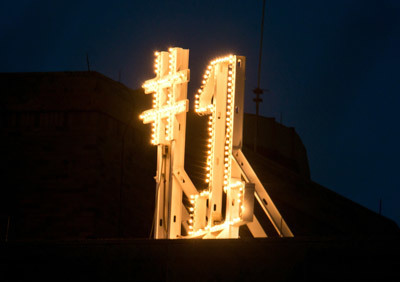 High atop Grace Hall is the illuminated #1 in honor of Notre Dame football’s new BCS standings.

In honor of the football team’s rise to No. 1 in the national rankings, the “#1” sign atop Grace Hall on the Notre Dame campus was lit at 5:30 p.m. Sunday. The University announced the sign was going to light up at 8:30 p.m. when the BCS standings were released, but instead the “#1” was shining bright three hours early.

The last time the sign was lit was in 2010, when the Irish women’s soccer team won the national championship.