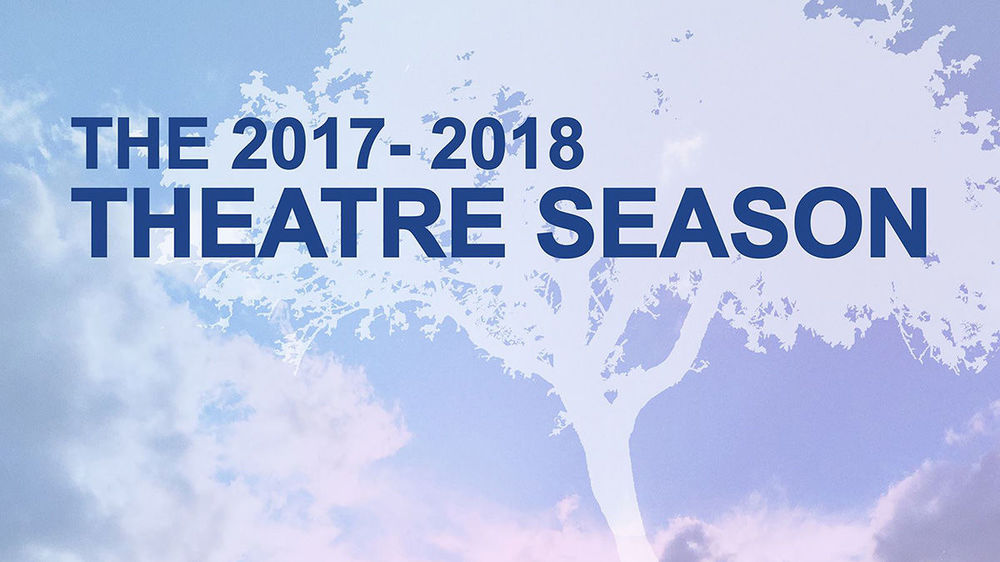 Notre Dame’s Department of Film, Television, and Theatre (FTT) announces four productions for its 2017-18 theater season, with two comedies, including the beloved "The Importance of Being Earnest"; an absurdist classic relevant to the current political climate; and Tony Award-winning musical "Spring Awakening."

Kicking off the season will be ND Theatre NOW! (Sept. 28–Oct. 8), a slot in the mainstage season which annually features a production realized entirely by student artists. This year, FTT presents Eugène Ionesco’s absurdist classic "Rhinoceros," directed by FTT senior Abbey Schnell. A rhinoceros suddenly appears in the streets. Then another. One by one, townspeople succumb to an epidemic that transforms them into rhinos, until only one resists. Inspired by the rise of European fascism in the 1940s, Ionesco’s exploration of conformity and resistance remains uncomfortably relevant in 2017.

Later in the fall, FTT revisits one of the theater’s most enduring comedies, Oscar Wilde’s "The Importance of Being Earnest" (Nov. 8-12). In Wilde’s “trivial comedy for serious people,” both ladies and gentlemen concoct elaborate fictions in order to evade the burdensome conventions of polite society — and hilarity ensues. FTT welcomes class of 1998 alumnus Mark Seamon as guest director.

The spring semester kicks off with Karen Zacarías’s good-natured comedy "Native Gardens" (Feb. 22–March 4), directed by FTT Director of Theatre Kevin Dreyer. When Pablo and Tania buy a house in an historic Washington, D.C., neighborhood, they’re welcomed warmly by next-door neighbors Frank and Virginia. But soon the couples are embroiled in a dispute over their backyard property line that threatens to uproot Frank’s meticulously cultivated garden and forces both sides to confront deeply ingrained notions of race, class and privilege.

The season will culminate in April with the Tony Award-winning musical "Spring Awakening" (April 18-22). Based on the 1891 play by German playwright Frank Wedekind, the musical features book and lyrics by Steven Sater and music by Duncan Sheik. It won eight Tony Awards, including Best Musical, in 2007. Pulsing with adolescent angst and repressed sexuality, this R-rated production will be directed by Matt Hawkins, who joins the FTT faculty this fall. A musical theater specialist and professional fight choreographer, Hawkins will lead the department’s efforts to develop a new focus in musical theater.

“Programming our season is always a challenge,” says Dreyer, “because we’re striving to meet the artistic and academic needs of our students while representing a diversity of voices and creating an exciting season for our audiences. This year we were able to program several plays originally proposed by our students. We’re very pleased to offer them this season.”

No one believes they’ll turn into a rhinoceros … until they do.

"The Importance of Being Earnest"

A trivial comedy for serious people.

Good fences make good neighbors … or do they? A good-natured comedy about a backyard border wall.

Book and lyrics by Steven Sater, music by Duncan Sheik
Based on the play by Frank Wedekind

Additional discounts available for groups of 10 or more. Buy a subscription ($22 student; $33 faculty/staff/senior; $44 general) and save 25 to 35 percent. Subscription packages include one ticket to all four shows and have added benefits. Tickets may be purchased online at performingarts.nd.edu, by phone at 574-631-2800, or in person at the DeBartolo Performing Arts Center ticket office. Ticket office hours are Monday­-Friday, noon-6 p.m.

PARKING: Free parking is available daily after 5 p.m. in the Stayer Center parking lot, just north of the DeBartolo Performing Arts Center. Patrons may now receive free event parking at the Eddy Street Commons Parking Garage by bringing your event tickets and parking ticket to the DPAC Ticket Office to receive a prepaid parking voucher. An accessible lot for disabled patrons is available immediately adjacent to the center; a valid hangtag or license plate is required. There is a 10-minute parking zone on the north drive of the center for ticket pickup; during inclement weather you are welcome to drop off guests in this area and proceed to parking.

Note: The Notre Dame campus experiences increased traffic during home football game weekends. If you are planning to attend a performance during these weekends, we suggest allowing an extra 30 minutes to arrive and find parking.

Notre Dame’s Department of Film, Television, and Theatre seeks to inspire intellectual inquiry and nurture creativity. We offer both a scholarly and a creative context for the general liberal arts student at Notre Dame as well as those students seeking intensive preparation for advanced study in these fields. The hands-on nature of our curriculum, coupled with a very high degree of student-faculty interaction, provides students with a singular educational opportunity at a university known for its teaching excellence. The FTT performance season is a direct outgrowth of the department’s academic program and an integral component of our students’ artistic development.

Originally published by Stacey Stewart at ftt.nd.edu on August 28, 2017.