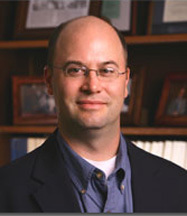 Much of the commentary about the Supreme Courts last term has included the claim that the justices have made a sharp turn to the right,Garnett says.In fact, the evidence does not support this claim.Even the high-profile cases involving racial classifications in public-school assignment, campaign-finance rules, partial-birth abortion, and speech in public schools were, all things considered, narrow in their scope and modest in their reach.

The main reason the last term seemed conservativeis that the menu of cases the justices had before them included several issues on which Justice Anthony Kennedythe new swing votehas well established, fairly conservative positions.

Looking ahead to the upcoming term, however, the menu is quite different.The justices have on their docket a number of casescases involving the detention of suspected terrorists, the regulation of child pornography, and the death penaltyin which it is likely that the more liberalpositions will win out.That is, that they will win out in Justice Kennedys mind.When they do, will the end-of-the-year commentary conclude that the court has turned dramatically to the left?Not likely, and nor should it.

A member of the Notre Dame law faculty since 1999 and a former clerk for the late Chief Justice William H. Rehnquist, Garnett teaches courses on criminal law, criminal procedure, First Amendment law, and the death penalty.