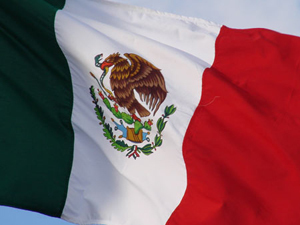 The University of Notre Dame will host an event Jan. 12 (Thursday) in Chicago that will bring together the presidents of Mexico’s seven major political parties to share their visions for that country’s future in dialogue with leading experts from area universities. Topics on the agenda will include the economy, security, education and democracy.

The event, titled “Constructing Mexican Democracy,” was organized by Notre Dame’s Kellogg Institute for International Studies and Institute for Latino Studies (ILS). Known for its expertise on democratization in Latin America, the Kellogg Institute has a long-standing interest in the evolution of Mexican democracy. The ILS specializes in immigration issues.

“Discussions of this type lead to the transparency that is so essential to democracy,” says Kellogg Institute director and political scientist Scott Mainwaring. 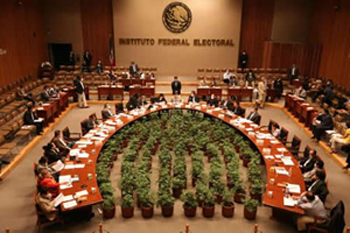 “The fact that representatives of political parties will take part in this forum is evidence of an underlying shift in Mexican politics, whereby important actors no longer shy away from international scrutiny and exposure,” he says.

“This is only the second election in which Mexicans living abroad have been able to cast absentee votes. IFE is sponsoring this event in part to promote participation in elections in Mexico and abroad,” points out Kellogg Institute Faculty Fellow Allert Brown-Gort, one of the event’s organizers. The associate director of the Institute for Latino Studies, Brown-Gort studies the political views of fellow Mexican nationals living in the United States.

“This is an unmatched opportunity for those of us who are interested in modern Mexico to capture the full range of political opinion,” says Notre Dame historian Jaime Pensado, who co-chairs the Kellogg Mexico Working Group. The group took the lead in bringing the IFE to Chicago.

The Kellogg Institute plays a vital role in Notre Dame’s efforts to increase its international profile through research, collaborative projects and strategic relationships with global partners. The ILS, which maintains a Center for Metropolitan Chicago Initiatives, recently released “The State of Latino Chicago 2010,” based on the latest census data.

Collaborating on the event are the Katz Center for Mexican Studies at the University of Chicago, the Center for Latino Research at DePaul University, the Latino/a Studies Program at Northwestern University, the Chicago Council on Global Affairs, and the Consulate General of Mexico in Chicago.