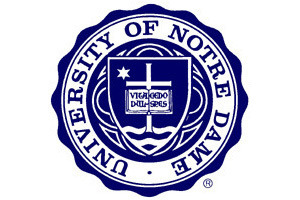 The University of Notre Dame’s 172nd University Commencement Ceremony will be held Sunday morning in Notre Dame Stadium, as originally planned, but an hour later than scheduled.

The procession of graduates will now begin at 10 a.m., with the ceremony starting at 10:30 a.m. in order to give ample time for storms to pass through the area.

Graduates are asked to report to the north side of Hesburgh Library at 8 a.m.

Ticketed guests and faculty are encouraged to arrive early due to expected delays, as all attendees will be required to pass through airport-style security checkpoints operated by U.S. Secret Service personnel upon entering the stadium.

Stadium gates will open at 8 a.m.

In the interest of safety, University officials considered moving the ceremony to Purcell Pavilion due to weather. However, several weather services and meteorologists believe the storm will move out of the area in time to safely conduct the ceremony outdoors.