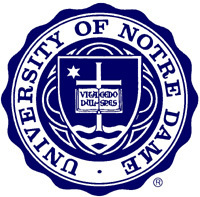 The University of Notre Dame has added two new Fellows of the University, elected four new members to the Board of Trustees, and elevated eight Board members to emeritus status.

Trustees Enrique Hernandez Jr. and Judge Diana Lewis were elected Fellows of the University at the spring Board meeting April 30 to May 1. They replace Shirley Ryan and Arthur Velazquez, who had attained retirement age and were elected Emeritus Trustees.

Jack Brennan, Richard Nussbaum, Sara Martinez Tucker and Roderick K. “Rod” West were elected to the Board of Trustees at the spring meeting.

The 12 Fellows – six lay men and women and six priests of the Congregation of Holy Cross, Notre Dame’s founding religious community – are the University’s ultimate governing body. They elect the Trustees, adopt and amend the bylaws and are specifically charged with maintaining Notre Dame’s Catholic character.

Hernandez has served on Notre Dame’s Board of Trustees since 1997. He is chairman and chief executive officer (CEO) of Inter-Con Security Systems, a Pasadena, Calif., firm that provides high-end security and facility support services to government, utilities and industrial consumers, and is co-founder and principal partner of Interspan Communications, a broadcast company serving Spanish-speaking audiences. He earned his bachelor’s and law degrees from Harvard University. He is chairman of the board of Nordstrom Inc. and serves on the boards of Wells Fargo & Co., McDonald’s Corp. and Chevron Corp. His civic service includes the boards of Children’s Hospital of Los Angeles and the Los Angeles County Museum of Art. He and his wife, Megan, are the parents of two current Notre Dame students.

Brennan is chairman of The Vanguard Group and a member of the board of directors of each of Vanguard’s mutual funds. He joined Vanguard in 1982, was elected president in 1989, CEO in 1996 and chairman of the board in 1998. He is a governor of the Investment Company Institute, the National Association of Securities Dealers (NASD), and United Way of America. He and his wife, Cathy, are the parents of two Notre Dame graduates and a rising junior.

Nussbaum, a partner in the South Bend law firm Sopko, Nussbaum, Inabnit & Kaczmarek, is a Notre Dame alumnus with bachelor’s and law degrees. He served on the University’s Board as president-elect and president of the Alumni Association from 2006 to 2008. His past work includes service as special counsel to the governor of Indiana, deputy prosecuting attorney for St. Joseph County and city attorney for the city of South Bend. He and his wife, Mary Pat, are the parents of Notre Dame, Saint Mary’s College and Holy Cross College graduates.

Tucker served for the past two years as the under secretary of education, the top higher education official in the U.S. Department of Education. Her responsibilities included overseeing efforts to carry out the recommendations of the Commission on the Future of Higher Education, which called for expanding the accessibility, affordability and accountability of colleges and universities. A graduate of the University of Texas, she previously served as CEO and president of the Hispanic Scholarship Fund and as an executive with AT&T. She was awarded an honorary doctor of laws degree from Notre Dame in 2001.

West has been president and CEO of the electric and gas utility company Entergy New Orleans Inc. since 2007, after serving in a variety of senior management positions with the firm for the previous eight years. A graduate of Notre Dame, where he was a member of the 1988 national championship football team, he earned law and master’s degrees from Tulane University. He practiced law in two New Orleans firms from 1993 to 1999. A past president of the Notre Dame Alumni Association – and a member of the board during his term (1995 to 1997) – he is chairman of the Louisiana State University System Board of Supervisors.

The eight Emeritus Trustees have a combined 139 years of service on the Notre Dame Board.

Duda is CEO of Genus Holdings Ltd. and owner and founder of the Fritz Duda Co.; McCourtney is a general partner of Saw Mill Partners in Katonah, N.Y.; McKenna is chairman of McDonald’s Corp. and chair of Schwarz Supply Source; Naughton is chairman of the Glen Dimplex Group in Ireland; Pampusch is president of The Bush Foundation; Pierre is vice president and professor emeritus at Michigan State University; Ryan is a national leader on disability issues and co-founder and chair of the Pathways Awareness Foundation; and Velasquez is chairman, president and CEO of Azteca Foods Inc.