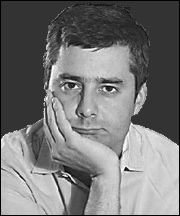 A new study by Albert-László Barabási, Emil T. Hofman Professor of Physics at the University of Notre Dame, offers new insights into the timing of human actions.

TitledThe Origin of Bursts and Heavy Tails in Human Dynamics,the study appears in the Thursday (May 12) edition of the scientific journal Nature.

He points out that this is because human activity seems completely unpredictable.

However, many technical processes require estimates of the likely timing and activity level of individuals. As an example, Barabási notes that although there are thousands of Notre Dame faculty and staff with access to phones, there are not thousands, but rather hundreds, of phone lines that connect Notre Dame to the outside world, with switches ensuring that phone users dont experience an insufficient circuits message.

Since the beginning of the 20 th century, models of human activity have been based on what scientists refer to asPoisson processes.These models assume that an individual has a well-defined probability to engage in a specific action at a given moment. The Poisson process predicts that human actions are quite uniformly spread in time.

Poisson processes are widely used to quantify the consequences of human actions, such as modeling traffic flow patterns or accident frequencies and are commercially used in call-center staffing, inventory control, or to estimate the number of congestion-blocked calls in mobile communications,Barabási said.

However, Barabásis research revealed evidence that timing of human actions do not follow Poisson statistics, but rather what scientists refer to as aheavy tailedor power law distribution.

The difference between the two is striking,Barabási said.In a Poisson process, the consecutive events follow each other at relatively regular time intervals. In contrast, heavy tailed processes predict the occasional occurrence of very long periods of inactivity that separate bursts of intensive activity.

By way of example, Barabási points to his studies of e-mail usage.

When you look at e-mail usage, you discover that it is not uniform, but marked by bursts of activity,he said.Most e-mails are sent within a few minutes of each other, followed by hours of no e-mail activity, during which we might go for coffee, sleep, or engage in some other activity.

In his Nature paper, Barabási offers an explanation for the origin of these heavy tail patterns in human behavior.

The bursty nature of human dynamics is a fundamental consequence of decision making,he said.Whenever an individual chooses among multiple tasks based on some perceived priority, the execution of the various tasks will have a heavy tailed distribution. A Poisson process emerges only when tasks are selected at random.

In contrasting the two styles of decision making, Barabási contrasts a restaurant and a hospital emergency room. Unlike a waiter taking orders in a restaurant in the order in which diners arrive, an emergency room physician treats patients in order of the seriousness of the conditions they are experiencing.

Barabási believes that his findings have important implications, ranging from resource management to service allocation, in such fields as communications, retail and publishing.

Barabási is a pioneer in networking as a unified scientific theory and the author of the bookLinked: The New Science of Networks.His earlier research led to significant findings on how networks are structured and how they operate. The current Nature piece begins an examination of how people behave in networks.