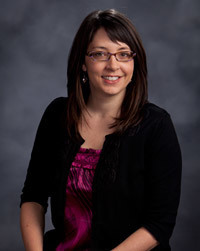 “Money can’t buy me love,” the Beatles famously sang. And now a new paper by University of Notre Dame economist Kasey S. Buckles and colleagues suggests money, or more precisely the price of marriage, can significantly affect the decision to marry.

Buckles and coauthors Melanie Guldi of Mount Holyoke College and Joseph Price of Brigham Young University point out that economists have long been interested in how individuals respond to changes in the cost of marriage. In their paper, they examine the decision to marry in response to a policy that has not been previously studied — blood test requirements for obtaining a marriage license.

Up until the 1980s, most states required a blood test in order to obtain a wedding license. The law required the test to screen for certain conditions, such as rubella or syphilis, in hopes of reducing the spread of communicable disease and preventing birth defects.

By 2006, however, the requirement had been phased out in all but two states: Mississippi and the District of Columbia (the researchers treated the District as a state for the purposes of the study). The repeals came about because penicillin became a cheap and effective treatment for syphilis and vaccines were developed for rubella and other diseases and pre-marital screenings were no longer considered cost-effective.

The researchers also found that blood test requirements increase the number of out-of-wedlock, first-time mothers, especially among the young, African-Americans and those without a high-school degree. The finding suggests that the financial burden of blood tests may be higher for low-income individuals.

The study also suggests that premarital blood tests may have a heavy psychological “cost” in that some individuals avoid them due to fear of the sight of blood or the burden of discovering a positive test result that has to be revealed to a partner.

Buckles and her fellow researchers hope that their results may be of use to policy makers considering other policies that directly (required premarital counseling, waiting periods and license fees) and indirectly (tax and transfer programs) affect the cost of getting married.

The paper will appear as part of the National Bureau of Economic Research’s Working Paper Series.

Buckles, who joined the Notre Dame faculty in 2005, studies labor economics and microeconometrics.